Once upon a time, in a magical land of Whoville, lived the Whos. They were a group of little humans who loved Christmas with passion. But not too far from their beloved town and in a place called Mount Crumpet, inhabited the Grinch, a grouchy creature that hated Christmas. During that time of the year, the Grinch would watch people of Whoville adorn their houses and buildings in bright colors and festoon the streets. In Whoville, it was their custom to wrap gifts and put them under Christmas trees amidst brightly colored lights. Those were the images that the Grinch came to identify with Christmas, and he hated them all. In revenge, he hatched a diabolical plan to disrupt Christmas and all the pomp that came with it.

One faithful day on the eve of Christmas, the Grinch dressed up in a Santa outfit and left for Whoville with his dog, Max. He visited and then raided every house, carting away all the beautiful decorations in the dead of night. He quickly returned to Mount Crumpet thereafter, hoping to hear all the moans and groans that would happen the morning after, when the Whos would notice that Christmas was all but gone. Much to his chagrin, in that fateful morning, the Whos gathered in the square, held hands as they had always done, and joyously sang a glorious welcome to Christmas. Astonished and angry, the Grinch came to learn later on that the whole idea about Christmas was not about beautiful flowers, expensive gifts, and perfect decorations that he believed, but simply the joy of the heart that comes from fellowship with good neighbors. It was his epiphany moment.

Upon realizing the folly and mean-spiritedness of his action, he saved all the items he stole, went down the mountains, and made amends. The Whos not only forgave him but were even generous enough to make him an important part of their Who-celebration. After all, forgiveness is the spirit of Christmas.

The above story with the eponymous was told by Theodor Seuss Geisel, who goes by his pen name, Dr. Seuss, and was published by Random House in 1957. It has been adapted many times, starting first as a 1966 animated TV film narrated by Boris Karlof and the most popular being the 2000 live-action feature film starring Jim Carrey.

In a 1957 interview with Redbook, Dr. Suess was asked about the inspiration behind his book. He answered:

I was brushing my teeth on the morning of the 26th of last December when I noted a very Grinchish countenance in the mirror. It was Seuss! … Something had gone wrong with Christmas, I realized, or more likely with me. So, I wrote the story about my sour friend, the Grinch, to see if I could rediscover something about Christmas that obviously I’d lost.

The difference between what obtains today and what happened in Dr. Suess’s story is that the Grinch made an attempt but failed to steal Christmas from the people of Whoville. Regrettably, our world today is not that fortunate. The Grinch came, violated the innocence of Christmas, and took our joy with him.

Growing up in Eastern Nigeria, I remember Christmas was the time of the year we looked forward to. The countdown starts as soon as we get to the “ember” months. It used to be when families came together, and folks got the chance to meet up with old friends whose daily hustle separated in the earlier part of the year. It was the time to return to the ancestral home and experience the joy of communal living throughout the festive period.  Today, many people don’t even bother to travel to their villages for Christmas, and it’s starting to look like just another day.

Of course, there are many factors to account for this, but a big part of it has to do with the stress that comes with meeting the expectations of the season. Men are working pretty hard and dipping far into their savings to afford those expensive gifts to their wives, children, and wards. Wives may not like to show up in a family gathering if they feel like they will not measure up with the rest of the gang. For young men, the pull is even stronger. Christmas has become a time for the nouveau riche to announce their arrival on the big stage, which means that it’s a time of torment for those not as lucky. In other words, there is a whole lot of keeping up with the Joneses going on during this time. All around, you can see malls filled with stressed-out shoppers as Christmas gets increasingly commercialized.

You would think that the Grinch is only your mean neighbor who detests frisky kids horsing around the block; Or the overzealous police officer, sniffing around the neighborhood and looking to quench boisterous Christmas parties; Or even your nosy aunt snitching on you for coming back late after a night outing. Well, those too, but most importantly, anyone that turned Christmas into a race about material possession is the Grinch.

Dr. Suess, a gifted writer and world-famous illustrator, has a way with his reflective and self-deprecating writing. He was seen at some point in his life, cruising around his La Jolla, California neighborhood with vanity license plates that read “GRINCH.”

This time of the year reminds us of the contributions of the creative genius that was Theodor Seuss Geisel. His work includes many of the most popular children’s books of all time which have thus far sold over 600 million copies and translated into more than 20 languages. He died on September 24th, 1991.

As one writer summed it up nicely, we have to “save Christmas from becoming a highly commercialized, marketing season, focus on gifting joy, love, and humor to your loved ones. Learn to enjoy Christmas without ostentatious gifting and a frivolous display of wealth. Bring back the old Christmas spirit, where Christmas carols and revelry warm your heart and make you feel happy.”

CME budgets expire soon: Use it or lose it 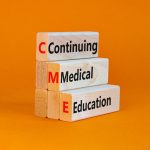 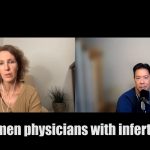