It has been exactly one year since Pfizer’s first trucks rolled out to much fanfare. Billions followed every twist and turn on the path to getting a vaccine that would save countless lives and give us a return to normalcy. We all hoped for a brisk global vaccination campaign that, in addition to securing our health, would restore our social lives. We yearned for going to large events without the fear of them becoming super spreader events, spending time with friends and family knowing that everyone had a shield of protection, and doing all of this as a unit because why a life-saving shot be a topic of division. And we achieved that; well, let me rephrase, the United Arab Emirates achieved that.

I write this as I am on a 16-hour flight from Dubai to Houston. I visited Dubai for my first vacation since the pandemic began. Warm weather, the World Expo, familiarity from having been before, and incredibly high vaccination rates made it the right choice. Upwards of 90 percent of the population of Dubai, which is part of the United Arab Emirates, is fully vaccinated, and 100 percent of its residents have had at least one shot. Yes, those are real numbers. Combined with mask policies in place in most indoor areas, easy and low-cost testing, and a lack of bickering over science, you get weeks of fewer than 100 daily cases and no deaths.

What do those kinds of numbers mean for social events? In the last few months, Dubai has hosted the cricket world cup (think the international version of baseball),  a global rugby tournament, major professional golf tournaments, and the World Expo. The Expo alone has had over 5 million visitors since it opened in October, 28 percent of which are international. I enjoyed learning about the 192 countries participating, enjoying food from all across the globe, and getting to see an Alicia Keys album release concert. Yes, during most of my experiences, I was wearing a mask, and so was everyone around me, but that was it. There is no fear of being infected, getting into an argument about masks, or mapping out how a certain event may have more unvaccinated individuals – none of that. For one glorious week, COIVD felt like an afterthought. I lived in a post-pandemic society with my vaccine card in hand (yes, many establishments, including the Expo, require proof of vaccination or a negative PCR test).

All of this has led to Dubai becoming what a recent WSJ article called a “pandemic boomtown.” Economic growth, a low unemployment rate, a bustling tourism industry, and health – this could have been us, it still can be. When President Biden came into power, it was a breath of fresh air. Vaccination rates spiked, cases dropped, economic relief went out, and we were set on a course out of the pandemic. Now almost a year in, the urgency that led to the initial wins in the fight against this pandemic has gone away. On most days, it seems like we are going through motions as vaccinations have stalled, the delta surge continues to ravage large swaths of the country, and the culture wars over pandemic policy grab the headlines.

Now we have Omicron, and as we learn more about it, one thing is clear – what we are currently doing isn’t working. Now is the time to regain the urgency we had one year ago. President Biden, now is the time for mask mandates, vaccine mandates, free and readily available COVID testing, and boosters. I’ll be honest, as someone from Texas, I don’t like being told what to do, and if you had asked me a year ago, I probably wouldn’t not have been in support of vaccine mandates, but I have seen too much death, and I have also seen the negative mental health implications of those that take the appropriate health measure, yet are still left at risk due to those that rather focus on politics.

As I sit on this flight, I am excited to get back home but dread the return to a nation closer to December 2020 than what I just experienced in Dubai. I dread having to see more avoidable death when I return to work tomorrow, and I dread having to argue with patients about wearing their masks inside a hospital. Dubai showed me what is possible, and I want that so bad for our nation. 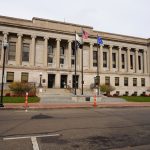 How this pediatrician handles a distorted concept of reality [PODCAST] 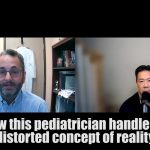