The Kyle Rittenhouse acquittal. We need to know the truth: There has been much misinformation and some downright lies on social media and mainstream media regarding this. Some social media outlets have blocked any positive comments regarding Rittenhouse. A man who contributed $25 to a GoFundMe site to support Rittenhouse, (before the social media platform canceled the website) was fired from his job. In this context, I try to present truthful facts about the case. And this is why I will be anonymous. I do not want to be canceled or harassed for espousing an unpopular, politically incorrect position. But the actual facts of the case need to be told.

Instead of relying on hysterical, hyped-up media, I urge folks to consult the actual trial record and the actual video evidence of what took place. This can be found on YouTube. The actual videos and still shots can be found in the cross-examination segment of Gaige Grosskreutz, one of the shooting victims.

The first fact to consider is that there is a false perception that Rittenhouse shot Black people. Not true. The truth is, all three victims of the Rittenhouse shooting were white men.

Second fact: The trial showed no credible evidence whatsoever that Rittenhouse was associated with any white supremacist or racist groups. His emails and public postings were searched extensively. Not one connection was found to white supremacist groups. In a later interview, Rittenhouse said that he supported Black Lives Matter. And furthermore, it was proven in the trial that, as opposed to his attackers who had extensive violent criminal histories, Rittenhouse had absolutely no criminal record.

As for the three white victims in the shooting, here are the facts: Not even the prosecuting attorney could deny these:

1. The first victim, Joseph Rosenbaum, knocked Rittenhouse down twice and then attempted to kick him with lethal force to the head. Rosenbaum was a convicted child rapist and pedophile. In Arizona, he had been charged on 11 counts of sexually assaulting and abusing preteen boys. That same day he had been released from a mental hospital.

2. The second victim Anthony Huber was a two-time convicted woman beater. He had previously been charged with holding a butcher knife to his brother’s throat, threatening to “gut him like a pig.” Huber had hit Rittenhouse over the head with a skateboard, a blow that could have damaged his brain. Huber and Rosenbaum were shot and killed by Rittenhouse. The jury found that Rittenhouse acted in self-defense to save his own life. (Even though the prosecution team argued Rittenhouse should have been a “man” and taken a “manly” beating by these violent felons.)

3. The third victim Gaige Grosskreutz, injured by a gunshot to his arm, illegally concealed a Glock pistol at the time of the attack on Rittenhouse. Later when questioned, Grosskreutz lied by omission to the police on two occasions, failing to admit he had a firearm in his possession. He had a previous criminal record of being armed while intoxicated. And perhaps the most revealing, incontrovertible truth of the entire trial, Grosskreutz confessed that he pointed his Glock pistol at Rittenhouse before Rittenhouse shot at him.

4. Actually, the only Black person in any way associated with the Rittenhouse incident was someone called, “Jumpman.” The video of the attack shows him stomping on Rittenhouse’s head, then running away. He never apparently was apprehended, nor did he appear at the trial.

5. While the media reported Rittenhouse as a total outsider, crossing state lines to shoot and kill, Rittenhouse was living with his mother in Illinois, only 20 miles from Kenosha. Rittenhouse’s father and grandmother, and many friends lived in Kenosha, where he had spent much of his early life. Nor did Rittenhouse cross state lines with a gun; A friend gave him a gun in Kenosha, and there was no law broken. Was it a wise decision for the 17 years old Rittenhouse to be there in the first place? Probably not. I personally think he got in way over his head. But this 17 year old believed that he was trying to defend the city that he grew up in, a city being racked by burning, looting, and assaults on innocent people, and a city in which police were told to “stand down” and seemed unable or unwilling to protect the lives and property of its citizens, Black and white.  But the fact is this: Rittenhouse broke no law.

In spite of the fact that none of the victims in the Kyle Rittenhouse shooting were Black, some Black people have expressed concern that because of the acquittal, they no longer feel safe.

In regard to feeling safe, let’s fast forward to another Wisconsin town, Waukesha, 60 miles from Kenosha, two days after the Rittenhouse acquittal. Six people, including an eight-year-old child, were murdered in that town, and over 60 more were injured while attending a Christmas parade. The perpetrator, Darrell Brooks, a Black man, with a twenty-year criminal record, mowed down the victims in his red SUV. Mr. Brooks had five open arrest charges against him. One of these charges involved trying to murder the mother of his child also by running her over in his SUV. He had been out on the streets on a ridiculously low $1,000 bail. Initial reports from investigators revealed that Mr. Brooks had expressed racial hatred toward whites and Jews on social media.  I wonder how safe the good citizens of Waukesha, Black and white, feel now?

And what truly saddens me more than anything about this case is that I have heard colleagues in the medical profession asking themselves whether they can continue to be objective and compassionate toward anyone supporting the Kyle Rittenhouse verdict.

I hope all of us will continue our soul searching. I hope we will answer with a resounding, “Yes!”

The bipartisan infrastructure deal is now law, but here's what it forgets 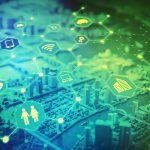 The post-pandemic future I envisioned is here