“Mom, every time I look in the mirror, I see something different. Sometimes it’s good, and I feel good about myself. But, sometimes it’s not.”

It was well after dinner, and my nine-year-old daughter was perched on the kitchen counter, nibbling on apple slices while I made tea. Her eyes were fixed on her reflection in the mirror across the room, her expression critical.

I leaned forward. “Let me share something with you, hon,” and then I whispered with maximum dramatic effect:
“When you look in the mirror, the question is not, what do you see? The question is, how do you define yourself? ”

She turned and stared at me for an astonished second. Then her face relaxed into a wide smile, and she nodded: “Yeah, OK, that’s a good one, it really is. I like it.” Then she asked pointedly, “But who said it?”

“How do you know I didn’t come up with that on my own?” I countered.

She just looked at me, with that classic pre-teen “Yeah, right” look.

The gig was up. I confessed: “OK, OK, it was one of my Peloton instructors.”

Damn. She nailed it.

Even before this little encounter, I had already planned on writing a whole post based on that quote.

It was a few weeks ago. I had been sweating and spacing out on my Peloton, working out, but not working hard. My fave instructor: Robin, pulled one of those psychological snap-to-its: “If you’re thinking about your emails right now, you’re not working hard enough.”

How do they always know? I thought.

I pedaled faster, and she went into a pretty tough routine. It was towards the end, when the work gets harder, and the instructors get louder, exuding positive energy, throwing encouragement and motivation at you through the screen.

“Add one more on resistance. And one more after that. Do not quit. Respect yourself, honor yourself, push yourself!” She took us into an insanely tough stretch, and that’s when I recall her pulling out that mirror quote.

And as has happened more times on that bike than I’d like to admit, when she posed that question to us: “How do you define yourself?” I got a little misty-eyed. But not for the reasons you may assume.

Yes, I was a primary care physician for years and years, and yes, I quit clinical medicine a couple of months ago. But that’s not why I was crying while cycling. I’m deeply relieved to be out. I could no longer carry a thousand-patient panel, because no matter how much I cared about all my patients, I felt like I was marching through thicker and thicker mud: Endless administrative torture, disappointing corporate decisions, unpleasant office politics, an increasingly anti-science environment, plus the ongoing global pandemic, and my kids who needed me to be physically and emotionally present.

But there was more, a lot more, like the uncomfortable weight of ultimate responsibility that all primary care doctors bear. Like when my patient skipped her mammograms for four years and ended up with a diagnosis of advanced breast cancer.

When that happened, I apologized to her and accepted a large part of the blame for her delayed diagnosis. Even though she was surprised to hear me apologize and continued to be my patient for many years, the experience was a harsh reminder of what I’d signed up for. (And as an aside, I’ve written about medical errors and about owning them. I beat it into my students’ heads: The only option is honesty when you make an error. Let’s face it, all doctors make mistakes, but not all doctors are willing to learn from them.)

Primary care doctors, who are the classic jacks of all trades, masters of none, who are expected to know everything about anything, and be where the proverbial buck stops, and do it all with minimal administrative support, are set up to screw up. That’s the reality of the job.

Yet, I was proud of my role for many years, and the evidence suggests I was good at it, too. The way I saw it, the intellectual challenge, heavy responsibility, chronic understaffing, and even comparatively low compensation were badges of honor bestowed only upon the select few who chose to accept the mission. (And who allowed their admirable work ethic to be maximally exploited, I now understand.)

When I decided to leave, I fretted about losing that identity, especially about losing my fancy titles. Let’s just establish that most doctors are Type A over-achievers who place way too much importance on external measures of worth, like “A” grades, the honor roll, awards, promotions… Landing a physician job at Man’s Greatest Hospital and a faculty position at the world’s most prestigious medical school were like, even better badges. Golden sparkly badges.

I know now that I placed far too much import on those titles. Even after it dawned on me that my intellect and integrity were being taken for a ride, I hung on. Like when I pushed for promotion to assistant professor, twice, and was advised to wait, twice.

My back-to-back pregnancies and maternity leaves created an unsightly gap in my active teaching record, and despite eligibility, I was advised to “wait at least one more year.” Both times, a year apart, same advice.

This is wrong, and proof that the process is arbitrary and unfair to mothers, but this is also not news. Gender bias and disparities are rampant in academia, especially in medicine, and it’s been the same for decades.

What does assistant professor even mean?

By the time one more year had passed, I wasn’t convinced that promotion meant that much to me. Then COVID happened, and I never actually re-applied.

Despite that experience, I thought I would be sad when I had to delete my shiny, sparkly “associate physician” and “instructor” titles from my email signature. Instead, it’s been freeing. Throwing off those restraints has allowed me to take in lungfuls of fresh air, opened up reserves of energy — all that academic irrelevance, gone with a click.

And what about all the time I spent fretting over authorship on peer-reviewed publications? Yes, certainly one wants to receive writing credit where credit is due. But the location of your name on the list of authors carries mysterious symbolic meaning that weighs heavily into promotional consideration. I have a manuscript to edit right now, a wonderful and useful study validating a simple yet highly accurate nutrition questionnaire. It’s so wonderful and useful, we’re submitting to a top-tier cardiology journal.

Yes, I secured the funding, planned the study, assembled and coordinated the team. Am I the P.I. (principal investigator) and thus the anchoring last author, or does it look better on my C.V. to be the first and corresponding author, or …

Or who cares? Now, it’s like, “Merry Christmas!” I can happily let the early-career nutritional statistical whiz who ran all the analyses and created all the tables be first author, and my former mentor-slash-counselor whose steady head guided the whole endeavor can be the last author, and they will both benefit. I’m like Uncle Scrooge throwing gifts outright and left because I’ve just discovered the real meaning of my life. And what I’ve realized is, this is not burnout. It’s self-respect.

Now, if I’m going to work my ass off to get nowhere, I’ll be on my Peloton.

Monique Tello is an internal medicine physician and can be reached at her self-titled site, Dr. Monique Tello.

My frustration pot has overflowed

A reflection on stomach surgery 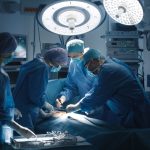