An excerpt from Yankee Doctor in the Bible Belt: A Memoir.

Doctors like to solve puzzles. These are ideally diagnostic puzzles. The following is a story about a patient whose illness was unsolvable: the pieces of the puzzle did not fit together. No matter how you tried to force a diagnosis out of the disparate pieces of data, it did not feel right.

Sometimes, the best you can do is to say, “I do not know why you are sick.”—which is a hard thing to say to a patient. It lessens your sheen as an all-knowing and infallible physician. But it is honest and does lead to other paths, which ideally will enable someone — if not you — to solve the puzzle.

Mr. Spencer is a 27-year-old who is a new patient in the clinic. Like so many young men, he is usually healthy and has no reason to see the inside of a doctor’s office. This time, however, his girlfriend has dragged him into the clinic. She is worried about him.

He looks pale and bedraggled: hair uncombed, clothes rumpled, and hands shaking. He says he’s been sick for a week. He had a fever at onset, but he isn’t sure. He does not have a thermometer. He’s been lying in bed for the last three days, not able to go to work. He denies hurting anywhere in particular. He denies any cough or shortness of breath and denies any GI symptoms other than not being very hungry.

None of these answers are particularly alarming. He could have a viral infection which will resolve on its own. I review his vital signs. His temperature is low-normal. His blood pressure is low-normal. And then I get to his heart rate: 120 beats per minute! There is no known universe where a heartrate like that lives alongside such vague complaints.

The physical exam is likewise a puzzle. It is normal except for the racing heart and the shaking hands.

I ask him to get a chest X-ray. I notice as he goes down the hallway to the X-ray room how unsteady he is on his feet. I worry he may need help, although it is a short distance. He manages to get there and back on his own. The chest X-ray is normal.

Labs are drawn. CBC and CMP are available in-house. By and large, they too are normal: no evidence of infection or anemia or liver or kidney disease. I am at a diagnostic dead-end. I cannot name what is wrong with him. I had been hoping something would emerge from the medley of tests.

All I know for sure is that he does not look right. His heart rate makes no sense, not in tandem with his other vital signs. His unsteadiness of gait makes no sense either. Whatever is wrong with him, it is worrisome.

Somewhat apologetically, I tell him I do not know what is making him feel bad. I ask him to go to the emergency room. I tell him and his girlfriend that he needs to go directly to the ER because it could be something serious. He is not fully engaged in the clinic; he is somewhere in dreamland. The girlfriend, however, promises to take him directly to the ER.

I give them a two-hour head start and then call. The ER doctor reports that he is in sepsis and is being admitted! I am glad they have a diagnosis. Sepsis means he has a raging infection of some kind, such that body systems are shutting down. A bacterial or viral infection can trigger an out-of-control immune response. Renegade actors in the immune cascade somehow trigger vasodilation and low blood pressure, as well as a racing heart.

He is kept in the hospital for a week. He needs intravenous fluids to support his blood pressure. He needs strong antibiotics to treat a bacteremia that’s source was never identified. He does fine. When I see him for follow-up, he looks like a new man. His color is good, his hair is combed, he is wearing clean clothes. His speech is fluent. So, it is a happy outcome.

10 things this nurse is f-ing tired of saying 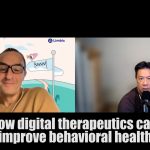 Could you solve this medical puzzle?
1 comments