I had surgery recently, and as most physicians do at some point, I found myself on the other side of the bed.  Definitely not the side where I have the most experience or feel most comfortable, but it is what it is.  The whole process makes a person feel vulnerable and out of control: not a feeling most doctors are accustomed to.  But I knew the procedure, so I peed in the cup, put on the flimsy gown, covered myself in the sterile sheet, and sat on the gurney.  And sat.  And sat.

In the bay where I waited to ascend the next rung on the ladder to surgery, I could hear the nursing staff talking.  And talking.  And talking.  The acoustics of the pre-op bay area made it feel like I should be front and center in their conversation.  Like I could hear every word.  Every. Single. Word.  I learned about the patient in the bay next door who had a 40-pack-year smoking history and how his voice would be hoarse for a few days from the endotracheal tube.  I learned about the family gathering Shannon would have this weekend with her in-laws.  I learned about Melissa and her dog’s recent medical issues and how they weren’t sure if they would have to put the poor canine to sleep.

At one point, a nurse returned.  I could see the next rung of the ladder within my grasp. She asked about my medical history, vitals were taken, and I was given an allegedly warm blanket for my shivering.  Just before pulling the curtain closed again, the nurse ordered me to “rest” until anesthesia came.  So I sat.  And sat.  And sat.  And listened.  More about the patient next door, and the family drama of the staff.  From the decibel level that carried into my sterile bay, I felt like part of the conversation.  The fluorescent light directly over my head defied the nurse who had told me to “rest,” and its flickering started a headache that would last until the Versed.  I was still very cold.  But the important events of Shannon’s childrens’ soccer games continued to be recounted in great detail.  And the poor guy next to me was hacking and coughing in between flirting with the nurse who was caring for him.  There was no clock to fixate on, but this seemed to be taking forever.  The headache and my anxiety were starting to get the best of me. It crossed my mind to get up, put my clothes on and tell them I had changed my mind and would do this another time.

Finally, I heard an unfamiliar voice that gave me hope of ascending another rung and in walked anesthesia.  He could sense my anxiety and the noise was still disruptive.  I admitted that I was feeling apprehensive and that the wait and the noise and the light had gotten to me.  He was peeved, immediately wanted to go and tell the staff to pipe down, agreeing with my discontent.  But it was fine.  You’re here now.  Let’s just hoist up the ladder and get this over with.  Usual questions and then one of my responses caused him to ask what I do for a living.  “I’m a family doctor–for the last 21 years.”

“Why didn’t you tell them you’re a doctor?”

Aside from not exactly knowing when the right time was to play my Doctor Card and make such an egotistical announcement (when the receptionist checked me in? when they gave me a urine container? when the nurse asked me to put on the gown? when they asked what time I last took anything by mouth?) I couldn’t help but wonder why this was relevant.  If they knew of my credentials, would they have kept their voices down?  Would things have moved along more quickly?  Would they have brought me a blanket that was actually warmer than room temperature?  Would the blatant HIPAA violation of the guy next door have at least reflected an attempt at privacy?  Do I actually think that I deserve to be treated better because I am a physician?  I would respond with a resounding no!

If we’re honest, we have all experienced the bias of feeling a greater obligation or desire to provide exceptional care to someone we know personally or whose respect we crave.  In the small town where I’ve practiced for 21 years, this opportunity presents itself on a daily basis.  The mother of one of my children’s friends is having depression and desperately needs help.  The spouse of a long-standing patient is having a health crisis and doesn’t have a physician: “Will you take care of him?” she asks me with tears in her eyes.  We pull strings for colleagues and staff and stop in our tracks to help them.  Is this fair?  Do they deserve this special treatment?  Or — more importantly — do people who don’t have a Doctor Card, or a Nurse Card, or whatever sort of VIP Card deserve to have care that is less compassionate?  Is someone who doesn’t have that personal relationship with a medical professional unworthy of a personal call to tell them the news that their CT scan showed something worrisome?  Don’t all patients deserve to have exceptional care?

If anything, my access to resources such as other medical professionals, medications, and knowledge already gives me a distinct advantage in nearly any medically-vulnerable situation in which I might find myself.  Is my health worth more than theirs?  Every patient deserves our best care.  Every single patient is a VIP.  Every patient — especially the ones who don’t have a Doctor Card.

When they finally pulled open the curtain and started to wheel me toward the OR, the top of this seemingly endless ladder, I saw the anesthesiologist point in my direction and quietly tell the staff, “She’s a doctor!”  The Versed kept me from observing their responses, but I can imagine a sheepish regret upon realizing that they had withheld their VIP treatment from a fellow medical professional just because I had failed to show my Doctor Card.

Cathy Romero is a family physician. 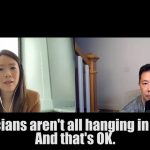 Every patient is someone's loved one

Should the Doctor Card make a difference?
8 comments