I tend to size people up pretty quickly. Adult ADHD? I can diagnose it in about two minutes. Borderline personality disorder? About one minute. Bad actors on the Dr. Phil show? About 30 seconds (with the benefit of Dr. Phil’s preamble). I can’t help it. I attribute my habit of analyzing people to my training and practice in psychiatry. After a 40-year career in medicine, I can no longer delineate the psychiatrist from the private citizen. I don’t even try.

Physicians occupy a lofty perch in society, or at least they used to. Given their status and power, their transactions with people tend to be one-sided. Until social media arrived on the scene, doctors rarely received feedback about themselves. One of my mentors founded a utilization review company in the 1980s and was so bold as to name it TAO (pronounced T-A-O). The acronym stood for transaction organization. Naturally, the transaction flowed irreversibly from the doctor to the patient.

When I was a resident, I discovered a lot about myself.  Psychotherapy was all but mandatory for psychiatric residents. This was fortunate, because therapy provided me insight and allowed me to adapt my persona to a range of patients with varying psychopathology. Still, due to the unilateral nature of the doctor-patient relationship, I felt beyond reproach. Also, as a psychiatrist, I could write off any interpretation about my behavior as “transference.” I could simply inform my patients they were misdirecting their unconscious feelings and desires retained from childhood, which only strengthened my defenses and made me more impervious to other people’s views of myself.

My pomposity was eventually exposed by a patient. I thought the initial session went quite well, and I offered her the standard line, “Same time, next week?” She paused and replied, “I don’t think I can see you again.” I was shocked and inquired further. “Look at your plants,” she said, pointing to several of them wilting in my office, in desperate need of water. “If you can’t take care of your plants, how do you expect to take care of me!”

Thank goodness there were additional people in my life who gave me accurate feedback about how I came across to them–behaviors I didn’t have a clue, so-called blind spots. Sensitivity to others was once considered a prerequisite for a career in medicine. Somewhere along the way, in some of us, soft skills have taken a back seat to hard skills that enable us to endure medical training and the daily challenges of our profession – for example, competitiveness, perfectionism, and other “type A” traits. Medical training often comes at the expense of compassion and empathy, and we tend to over-compensate for our emotional deficits by elevating ourselves above our patients.

Medical bloggers who comment on my op-eds have given me a great deal of personal feedback, and they usually don’t sugarcoat their remarks. When I bemoaned the lack of professional courtesy customarily accorded physicians and their families, some physicians claimed I was entitled.  When I wrote that proving other people wrong can sometimes be a source of motivation to succeed – a strategy I used to gain acceptance into medical school ­– a physician replied that he “pitied” me. Another physician commented that proving others wrong initially demonstrated that I did not have what it takes to succeed in life –ambition, motivation, and perseverance. And when I wrote about some of my experiences working for health care organizations, specifically my fear of speaking out against my employer, one physician commented, “Dr. Lazarus, you did it to yourself. You sacrificed your independence for a paycheck and became a proletariat.”

While hard-hitting comments from colleagues were difficult to swallow, I knew they deserved my attention. It is well known that physicians have blind spots to the business of medicine, especially their employment contract options, but it is rarely appreciated that people from all walks of life know a significant amount about us yet we are in the dark. Many physicians recognize when their patients are noncompliant with treatment, but they may be incapable of recognizing faults in their own behavior. Common blind spots in physicians include:

Doctors with large blind spots have very little insight about themselves and their impact on patients. They may be able to make decisions and act quickly, but with little concern for the effect of their actions, and even less thought given to introspection.  On the other hand, doctors with relatively small blind spots are practiced at noticing things about themselves and have a good bedside manner. It is important for physicians to connect the insight they have about themselves with the self-awareness they have gleaned from their patients and colleagues in order to maintain a balanced perspective on patient care.

Recently, I shared the content of some of my contentious online exchanges with a colleague. He nodded knowingly. “My biggest blind spot is me,” he jokingly remarked.

Listening to patients with our eyes 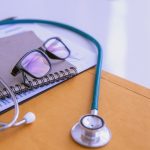 How I learned to let go of perfectionism: a lesson from my mother's suicide 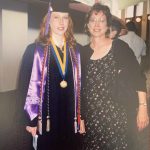 My biggest blind spot is me
2 comments