Recently I have been more quiet than usual. Less writing. Less fire and brimstone. Quiet, at least for me. But anyone who is paying attention knows that when the most passionate and the most invested get quiet, something is truly amiss. Whether it be a looming threat or a very real and present crisis is unknown, but the fact remains that in that silence lives the very real possibility of collapse. Of our livelihood, our profession, our health care system. Those of us left standing in the bombed-out shambles of our for-profit system are wondering how exactly it is we use the duct tape and dead pens leftover in the drawers of the hospital to build a human capable of running pumps and providing acute care to our patients. If we could utilize the cheese from the assembly line of “resiliency pizza” to engineer some more doctors we would. Because honestly, we don’t want to eat (most of us would win Survivor if we had the time to participate.) We want to come to work and not wonder how it is we can take care of 20 critically ill patients with a third of the staff and no ability to say no to the continued onslaught of critically and mortally injured and ill patients coming through the hospital doors every minute of every day.

In my current master’s work, there was a whole section on how “happy talk” from management is misleading and detrimental to change. I would argue that it is not only misleading but a contributor to the biggest exodus of health care workers in our living memory. Stop telling us we are heroes and buying us stuff to replace the fact that we have been brutalized and assaulted by a system that puts patients above every other human in the hospital. And then asks those same people shamed into obedience to give a part of their heart and soul to an institution that would rather replace you than listen to you.

Except now there is no one left to replace us. The nurses out there supposedly “chasing money” are not chasing dollars, but respect, admiration, and belonging. The literature clearly shows that money is an incentive, but it is not a reason to stay or go and if it is, either the employer or the employee has somehow miscalculated what it means to take an oath to medicine. Not to say nurses shouldn’t be paid generously for the thankless work they do at the bedside each day, or that we as physicians shouldn’t make money to offset the number of years we spent gaining this knowledge and training, along with the constant fear of litigation. Yet somehow we have become so distraught with the state of medicine, that we are left with monetary rewards or bonuses instead of a passion or calling to care for the sick and dying. No one ever put on their entrance essay or personal statement that they wanted to suffer through years of tests and evaluations so they could be abused by patients and discarded by the administration as long as they made enough money. But today, the only thing that seems to be keeping people in the field is the need to provide for their family and potential bonus pay for spending yet another day understaffed, oversaturated, and disrespected.

What comes next? There is a saying in trauma that “all bleeding stops eventually.” This is a dark and humorous phrase for those of us who live on and are sustained by such humor, but what happens when that same phrase is applied to the actual practice of medicine. What if the ongoing hemorrhaging that is happening in hospitals and clinics across the country doesn’t stop? What if there is no one left to stop the bleeding because we all have left the building, literally or figuratively. Will we still be at fault then? Will it be because we didn’t reach a metric, reduce a cost, or achieve an expected patient satisfaction score? We continue to be under constant scrutiny and pressure from those blind to their privilege and superiority. And this is not limited to administrators. Plenty of our own has contributed to the bombing we have done and will continue to do within a for-profit medical system. We always knew that putting money over people would be an ethical quandary, but when we decided to sacrifice humans to appease other humans and expectations, we crossed into a realm of moral injury and systemic collapse that is all but a foregone conclusion. 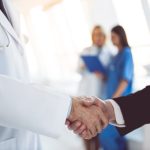 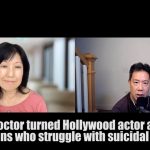