I contemplated leaving medicine during my second year of residency. I was no longer an intern, which meant I could no longer depend on my inexperience as an excuse. Expectations, responsibilities, and hours grew while my skills, knowledge base, and ability to cope with sleep deprivation stayed relatively the same. All I could do was pretend that I was more competent and more imperturbable than I was.

I kept up this pretense even with my residency classmates. When we occasionally met for drinks after work, we bragged about procedures, resuscitations, and romantic conquests. We dared each other to stay out though we knew doing so would eat into our sleep. Rest was for the weak, anyway.

It wasn’t until we were about to graduate that the bravest of us came forward. “I wanted to quit last year,” she said. Soon, everyone followed in their confessions. We could only be honest with each other after we had suffered in isolation and silence. It did not matter that we were a close-knit group of friends. Being vulnerable was never something we were taught within the context of medicine.

In his famous essay Aequanimitas, Sir William Osler describes the ideal temperament of a physician to contain “coolness and presence of mind under all circumstances, calmness amid storm, clearness of judgment in moments of grave peril, immobility, impassiveness, or, to use an old and expressive word, phlegm.” For physicians who have been ingrained to uphold such stoicism, the current pandemic occasionally demands more resilience than humanly possible.

Late one night in January, I was working in the Hot Zone when I, too, reached my breaking point. Multiple critically ill patients presented all within an hour. I was running from room to room, trying to stabilize the new arrivals, when an older woman came out to the hallway and began making a ruckus.

“I already have COVID! I shouldn’t have to suffer like this! You have to fix this! I want a second opinion! I want another doctor!” She demanded, chasing me around.

I had already suggested various treatment options for her chronic rash, all of which she rejected. I had also explained multiple times that, due to other patients requiring my immediate attention, she had to wait, yet my pleading fell on deaf ears.

A part of me felt sorry for her. She had been cooped up and was clearly at her wits’ end. Having been in quarantine multiple times myself, I sympathized. But, as I was putting in orders at my desk and trying to concentrate, I could hardly think with her interrupting in the background. If a straw could break a camel’s back, she was my straw. I called my colleagues on the outside, but—through various misunderstandings—help never came.

A few hours later, after all the patients finally cleared out of the Hot Zone, I looked up at the clock. Midnight had long passed, and it was officially my birthday. At that realization, something hot and wet dripped from my eyes and soaked my mask.

That morning, I sat in my car exhausted. I could feel the weight of sleep about to descend. I had to start the ignition and drive home, yet I felt paralyzed. What if it could all stop—the ever-accelerating ticking of hours, cases, and my own heartbeat?

I jolted awake at the thought and turned the key on the ignition. On my drive home, I tried to pinpoint what had gone so wrong to make me feel the way I did. Was it the caseload? Was it the crying family member on the phone? Was it the pathos of passing another milestone at work? No, these were an old shoe by now. What I could not get used to was the aching sense of alienation that came with being singularly in charge of the Hot Zone.

This loneliness did not stop when I walked into my empty apartment. Nor did it stop when I saw strangers, gathering in front of bars, and rioters on TV, storming the capital. Only the occasional moments of spontaneous human connection reminded me that I was not alone and that it was OK for me to human.

I came upon such an instance recently at the tail end of another busy overnight shift. I found myself in a quandary, but this time, my travails were not concealed behind airtight walls. Instead, I was in the hallway of the main ER, where everyone passing by could see me struggle. A young woman had come in at four in the morning because she could not get a size-too-small ring off her swollen finger.

After my attempts with ice and floss failed, I asked for the ring cutter, which took three people to work properly—one to hold the patient’s hand, one to keep the ring in place with a needle-driver, and one to rotate the crank. In the process, a small crowd gathered to relieve one another. Soon, we were exchanging ideas and trying different methods. Amongst us were an orthopedist, a maintenance person with various tools, and a security guard with plenty of arm strength. We’ve inadvertently assembled the perfect team, yet the ring did not budge over the knuckle no matter how clever we were.

Feeling exhausted and hopeless after an hour, I was ready to give up when Z, one of our nursing assistants, asked if he could try.

“Go ahead,” I waved, not expecting much.

From my desk, I observed Z. He wrapped the patient’s finger tightly with a thin plastic dressing and applied lubricant. Then, he handled the ring with more gentleness and steadiness than any of us could muster.

Five minutes later, the ring slipped off as though it was nothing at all. Seeing Z succeed where we had all failed, I realized the pandemic would end the same way—not with the prodigious resilience of a few “heroes” but with each seemingly ordinary person patiently doing his part.

Yoojin Na is an emergency physician. 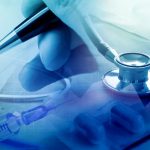 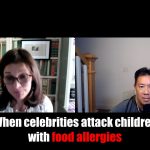 We don’t have to be heroes
1 comments