Unfortunate outcomes are inevitable even when practicing quality medicine. Most are random events, but some are medical errors. The majority of physicians have been sued and those, who have not, will be. Common to all defendants is that the lawsuit is totally fallacious.

To be fallacious, the outcome of a medical intervention must be an unpreventable random mal-occurrence. This is the only alternative to a medical error. Nevertheless, there is a greater good to be served, and that greater good is any victim of a medical error should be made whole. All physicians wish to serve the greater good. To error is only human. That is the purpose of malpractice insurance.

The road to hell is paved with good intentions, and every greater good has a caveat. In medical malpractice, the caveat is any adverse outcome from a medical intervention is a medical error until proven otherwise.

It follows that most lawsuits are non-meritorious. So, if you believe your case is fallacious, you are probably correct. However, do not rely on the odds because many cases, which are non-meritorious, have settlement values and are settled as a matter of convenience. For plaintiff attorneys, the real prize lies in settlements. Settlement are like the brass ring. If your attorney chooses to settle, the cooperation clause in your malpractice policy forces you to comply.

Face it, when it comes to a fallacious lawsuit, the ordinary rules throw physicians under the bus. Tort reforms do nothing. Organized medicine is hapless. Bar associations could care less. That does not mean we are powerless.

Remember the caveat, any adverse outcome from a medical intervention is a medical error until proven otherwise? Herein is our power. The plaintiff has the obligation to prove a medical error, otherwise, it is a random outcome.

Knowing this, I developed a model for deductive reasoning in malpractice. It is completely consistent with the scientific method. The anatomy of any medical intervention consists of 10 standard duties that arise from a patient’s first encounter until discharge and considers such things as the medical workup, informed consent, technical elements of treatment and follow-up. Each duty in the medical intervention has a counterpart in the standard of care. Any discrepancy between these counterparts is assigned a value that is the risk of harm caused by that discrepancy.

Academic recognition is worthless unless this model is used. If you believe a lawsuit against you is fallacious, use the model yourself to test the null hypothesis. There is no better way to cast doubt on the plaintiff’s case. Document your analysis and have it notarized.

Your attorneys, undoubtedly, have something else planned, but you have every right to know why their plan is better. After all, you are entitled to the best defense possible. It just takes a single question. “Since I have 95% confidence that the outcome from the care I render is a random event, can you assure me that your defense casts doubt on what is alleged against me and does so with the same level of confidence?” There is also one condition. “If evidence objectively shows, with 95% confidence, that, indeed, a medical error is a proximate cause, I am completely open to an expedient settlement because I want to make the victim of my mistake whole. Otherwise, there will be no settlement.”

Why should there be a settlement of a fallacious lawsuit? This should and would derail the case against you and removes any possible settlement value. Rejecting a settlement of convenience does not cost your attorney anything. It may cost the malpractice carrier some money, but the plaintiff’s attorney has everything to lose.

At last, what becomes obvious for all to see is those, who object loudest, are the ones who benefit most from the status quo. What also becomes obvious to all is you have done nothing wrong. 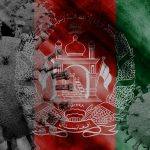 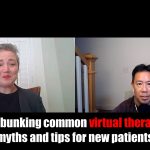 Your best defense? Don’t play by the rules in a medical malpractice case.
1 comments