Our most effective weapons are lockdowns, masks, distancing, ventilation and vaccination, but we can also protect close patient contacts pharmacologically. Subcutaneous REGEN-COV (Regeneron’s monoclonal antibody combo, casirivimab plus imdevimab) lowers the rate of illness by a whopping 81.4%. This has been known since April and blessed by the FDA in July, but has yet to catch on.

A year and a half into the pandemic, we’re not even close to finding a pill that can nip COVID-19 in the bud. Scientists unfortunately fixated early on hydroxychloroquine, largely due to French celebrity microbiologist Didier Raoult’s dreadful research (e.g., this study’s abstract neglects to mention that 4 of the 20 patients who received the drug, vs. none of 16 controls, wound up in the ICU or dead). Vast resources were squandered on hundreds of trials before it became clear that hydroxychloroquine is useless — or worse.

Remdesivir, the only anti-SARS-CoV-2 antiviral, requires intravenous infusion. A trial of an inhaled version in outpatients was completed in March but has not released results.

For newly diagnosed patients at low-moderate risk we have little to offer beyond antipyretics and home SO2 monitoring. The ancient gout remedy colchicine may lower hospitalization rates by 25% and the inhaled asthma drug, budesonide, by 18%.

Fluvoxamine, an SSRI antidepressant, may cut hospital recourse in high-risk patients by as much as 30%.

Patients at high risk of going downhill because of age or comorbidities should additionally be treated with one of 3 existing monoclonal antibody products aimed at the spike protein (more are under development). Hospitalizations fell by 70% when high-risk outpatients were given Lilly’s bamlanivimab/etesevimab combination or REGEN-COV, and by 84% with GSK-Vir’s sotrovimab, within days of diagnosis.

These drugs are underused — only one in 4 eligible patients receives monoclonals in the U.S., partly because they are usually given by slow intravenous infusion. The FDA recently approved half-dose REGEN-COV as a convenient subcutaneous injection, though. We don’t yet know how well these drugs work in breakthrough infections.

How about the variants? Alpha (B.1.1.7, first seen in England), Beta (B.1.531, South Africa), Gamma (P.1, Brazil) and Delta (B.1.617.2, India) are the biggies thus far. Lilly’s original monoclonal, bamlanivimab, was useless against Beta, and its bamlanivimab/etesevimab combo was paused for inefficacy against Gamma; REGEN-COV and sotrovimab do fine against both.

But Delta is the scariest. It’s 2 to 3 times as contagious as the wild strain, with a viral load up to 1,000-fold greater, and replication so efficient that infected people start spreading the virus within days. Delta already causes almost all new cases in India, England, Israel, Italy and the United States, and seems poised to take over the world. The Regeneron and Lilly products neutralize it fairly well in the test tube, and sotrovimab very well, though real-world effectiveness remains unproven.

Still under study are antivirals PF-07321332 (in Phase 2-3 trials combined with ritonavir), and masitinib, still in preclinical testing. Raloxifene – no results yet from a finished trial. Ivermectin has been pretty much debunked, and some ongoing studies might stop now that a major article has been withdrawn for data fabrication.

Players from the American “Front Line COVID-19 Critical Care Alliance” to the governments of Brazil and India promote multidrug cocktails to COVID-19 outpatients on the “Don’t just stand there, do something” principle. The most common components are known to be ineffective (hydroxychloroquine, zinc, azithromycin, vitamin D, ivermectin), with others valid only in selected hospitalized populations. COVID-19 patients taking systemic corticosteroids long-term for rheumatic diseases are at increased risk of hospitalization, and steroids make inpatients not on oxygen more likely to die; the FDA recommends strongly against their use in outpatients. Anticoagulants are useless outside the hospital, with the major trial stopped for futility.

Monoclonal antibodies can help inpatients too, if they haven’t been sick long enough to develop their own. Non-pharmacological advances include proning, high-intensity nursing, attention to respirator settings, and strong preference for noninvasive oxygen delivery (C-PAP, high-flow nasal oxygen).

Remdesivir: The only SARS-CoV-2 antiviral in clinical use was rushed to approval on the basis of a single study finding merely that it shortened hospitalizations by a few days. A Cochrane review concluded remdesivir “probably has little or no effect on all‐cause mortality.” The CDC still mildly recommends its use, but the World Health Organization does not, and the death blow may be a July 2021 Norwegian study that found no effect on clinical or viral outcomes.

Corticosteroids: Dexamethasone is the sole drug proven to save lives, decreasing mortality of patients on ventilators by 36%. Virtually all hospitalized patients on oxygen receive it.

Anticoagulation: Severe COVID-19 carries a high risk of thrombosis, so heparin derivatives are given preventively to most hospitalized patients, though patient selection, dose, and mortality benefit are unclear.

Patients critically ill with COVID-19 are prone to “cytokine storm,” an excessive, organ-threatening immune reaction. An arthritis drug, IL-6 antagonist tocilizumab, may lower mortality and need for mechanical ventilation when added to steroids in selected patients. The oral JAK inhibitor baricitinib has won emergency authorization in Europe and the U.S. for patients who cannot take steroids. Other immune modifiers under study include Saccovid and infliximab by intravenous infusion, opaganib and the antimalarial artesunate by mouth, and EXO-CD24 by inhalation. The WHO is also studying the cancer drug imatinib to counter pulmonary capillary leak in COVID-19 pneumonia.

“Long COVID”: we know no treatment worth speaking of for the post-acute sequelae that afflict as many as 77% of survivors after 6 months.

A doctor’s fear of depression 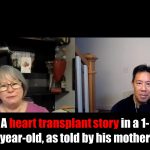 A summary of state of the art COVID treatment
2 comments