I’ve always had a strong sense of justice. I think that’s what attracted me most to superheroes as a child. Growing up, my favorite by far was Spider-Man.

Many people think it’s because of his superpowers, but for me, it was always about Peter Parker, the man behind the mask. Peter Parker is a nerdy guy who loves science and makes inappropriate jokes all the time. He has this immense personal calling to help others though he often struggled with feeling like a failure. I could certainly relate.

I’m a child of immigrants. My parents came here from the Spanish-speaking country of Panama. My mom is incredibly hard-working and has a big heart. She always puts others before herself, and I like to think I got my heart for people from her. My dad gave me his smile and sense of humor. They worked long hours as they did their best to provide a better life for my brother and me. I’m incredibly thankful for them and the sacrifices they’ve made. That being said, I’m still annoyed that they didn’t teach me Spanish.

Cause let me tell you, growing up in the South as a Black Latino kid that doesn’t speak Spanish and parents’ culture was just a little different than the other kids at school made it hard for me to fit in.

I struggled to find my people. I used humor to get folks to like me. Though I had friends, I often felt alone and that those around me didn’t quite understand what it was like to be me. That isolation would also be coupled with self-doubt, and I’d hear this voice telling me, “You don’t belong here. You’re not good enough. You’re no superhero.”

That voice of not belonging was often amplified by being in predominantly white institutions throughout my education and being one of the few that looked like me.

I remember one sunny day in college, walking out of class and being pulled aside by a police officer asking for my ID. He said someone had reported a suspicious person meeting my description — a medium-built African American man wearing shorts and a t-shirt. Nothing quite makes you feel like you don’t belong, like having the police called on you for just existing.

Despite this voice in my head, I’ve always had incredible mentors in my life that believed in me and didn’t put limits on what I wanted to do with my future. Though I knew I couldn’t be a superhero when I grew up, I wanted to have a career with a calling and not just a job.

I thought about being a Pastor: being there for folks in their darkest hour and providing them with hope and comfort. A Politician: I saw how policies and politics had the opportunity to impact systems and improve people’s lives. Lastly, I considered being a teacher. Being able to positively affect the lives of the next generation, like the many great teachers and mentors I had in my life, seemed like a great honor.

Ultimately, this led me to academic medicine. I saw academic medicine as an opportunity to combine all of the things I loved about these potential careers with my passion for science and making a difference.

With my sights set for academics, my medical career led me to an academic family medicine program in Colorado for residency. I loved it here in Colorado, and I was thriving. I loved my program, my fellow residents, and my patients. By the time I graduated residency, our program had created a social justice working group. I was inspired by this group, and I wanted to continue their work on a larger scale as a new faculty member. Taking on systemic inequalities, improving diversity, equity and inclusion (DEI) in academia … that’s superhero level!

Yet by doing so, I knew there would be a huge risk. Though I was confident I could make an impact, I didn’t want to be pigeonholed as the “Black diversity guy” instead of being known as a great educator and clinician. I also knew this work would be incredibly hard, and I might have many obstacles in my way.

I thought I embarked upon the position with my eyes wide open, and I was pleasantly surprised by the lack of pushback I received on my DEI endeavors. However, I didn’t expect the greatest challenge I faced to be myself, as I became hyper-aware of my identity as a Black man in America.

That little voice in my head telling me, “You don’t belong here. You’re not good enough. You’re no superhero,” it was getting louder.

As I educated myself about DEI issues, I struggled with an incredible sense of isolation and inescapable heightened awareness of the racial injustices occurring around me. I also experienced micro trauma.

I was forced to reflect on my own negative experiences and the experiences of loved ones, patients, and students. I could see how systems of racism and oppression were affecting them, and I felt overwhelmed by their pain and inadequate in my ability to fix it.

My heart broke as a patient told me she waited years to seek medical care because a white doctor made her feel her voice didn’t matter. I empathized with a student, who was the only person who looked like him at a research conference, which led him to question his place in medicine. I felt the frustration as a resident vented that faculty just don’t get his experience. All I could do was be present, but it didn’t feel like enough. I wasn’t “good enough.”

This struggle with being “good enough” and “not belonging” was amplified by recruitment season, as I read the stories of our racially diverse applicants and had to make decisions on whether they should be interviewed or not. Who was I to pass judgment on these students and determine whether they belonged here? I was second-guessing my decisions; my work was feeling like a yoke around my neck.

I hit a breaking point near the end of my first semester as faculty. I was at a “White Coats for Black Lives Die-In” on our medical campus.

As I laid on the ground chanting, “Hands up, don’t shoot, no justice, no peace!” What should have been a moment of solidarity, I was filled with incredible grief and just began to cry. As I reflected on all the unarmed Black and brown people killed by police, I was reminded of how our healthcare system frequently fails people of color, how it fails people that look like me. I also realized that in that crowd of 100 people, there wasn’t a single person from family medicine there with me. I was truly alone.

As I reflected, I realized that family medicine, the specialty born out of the civil rights movement, the specialty that touts community and health equity as a core value, was in danger of simply talking the talk and not walking the walk.

This was not unique to my department of family medicine as I was seeing this all over the country and reading story after story of people of color leaving academia.

I was tired of being Black in academic medicine; maybe this wasn’t the path for me.

With fewer than 2 percent of faculty in academic medicine being Black men, I also didn’t feel like I had anyone to turn to, and I was scared my friends, mentors, and colleagues would reject me if I truly shared how I felt.

But then I realized, what did I have to lose? So, I took a leap of faith and told my truth.

Thankfully, my mentors and friends responded with empathy and kindness. They took me under their wing, and they told me, “You are right where you need to be, you are good enough, and every superhero needs help from time to time.” I redoubled my efforts to prioritize my own wellness. Additionally, my mentors helped me realize I could help give others the tools to take on their problems, and I didn’t have to put it all on my shoulders.

With the support of my department leadership, I co-founded a workgroup on DEI issues in family medicine. We called it the justice league! Together, we’ve made incredible changes to the policies, practices, and procedures that promote justice and health equity. Over time, the workgroup evolved into a program, and I’m proud to say it’s now part of our department’s core values and not just a temporary priority. 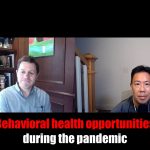