We had a bit of a reprieve, but now it’s over. The chorus of pots and pans that applauded our efforts during the height of the pandemic have long since faded into silence. The brassware has been put back in the cupboard, and the chest-thumping of the American malpractice gorilla has come back into focus, even louder than ever.

Just flip on the television. Personal injury solicitations have re-emerged, especially in states like New York, that haven’t yet placed caps on non-economic (pain and suffering) damages in malpractice cases.

And it’s not just television. The advertisements are pervasive: on subway entrances, buses and billboards, and the radio. According to Outfront Media — a company that handles advertising for the MTA — citywide distribution of ads can easily run into the hundreds of thousands of dollars each month. Unfortunately, the ubiquity of malpractice solicitations is just a return to the status quo.

But perhaps the time is ripe for a rethinking of our values. Is this the marker of an ethical society? Are we really willing to retarget the individuals who risked their lives as soon as the “all clear” has been sounded? We wouldn’t dare try and sue a fire department for a firefighter taking the wrong staircase. Or would we?

The reality is that malpractice liability reform is not a new fight, but progress has been slow in coming. If anything is going to change, physicians need to be the ones leading the charge. We need to bring our case to the public, make it easier to understand and more interesting.

For example, the courts are backlogged because of COVID. In many instances, public health concerns have precluded jury trials. Some people have suffered from medical errors who deserve to be compensated. They shouldn’t have to wait for the courts to clear up the log-jam created by COVID. The wait was too long, even before the pandemic.

The American Medical Association has proposed an initiative called the EDC — early disclosure and compensation — to help expedite compensation for claims that have merit. But this needs to become part of the common vernacular, rather than part of an esoteric policy report by the AMA. It needs to hit the airwaves. It needs to work its way into our collective consciousness, just like the catchy jingles the personal injury firms use to get us to remember their phone numbers.

The establishment of “health courts” is another initiative that deserves a hard look. These would consist of expert panels that would determine if a potential claim had enough merit — if there was proof of neglect or deviation from the standard of care — to proceed to a trial, or fair settlement. If so, these cases could be fast-tracked for adjudication, while the frivolous ones would be ferreted out and dismissed.

Garnering attention to these and other medical liability reforms will require time and money. Right now, there is no counterpoint to the massive spending by personal injury attorneys. It’s a lopsided game. Although doctors are not often thought of as a cohort of people that need financial assistance– on this issue, we do. We need to recruit the support of the media, celebrities, and non-profit organizations. It’s time to think outside the box: maybe even sponsor kick-starter campaigns.

Why couldn’t companies that incorporate charitable giving into their business models lend us support? Consumers love their doctors; they would be eager to show appreciation.

Paradigm shifts occur when there is moral outrage. And perhaps more importantly, when moral outrage is made visible. Then people who aren’t directly affected by an issue can begin to empathize with it, and help rally their support. When support reaches a critical mass, those who wield power actually have a stake in listening, and initiatives have a chance to make their way onto ballot boxes.

And there is moral outrage. Health care workers stepped up throughout the pandemic despite difficult conditions, often without proper PPP and being asked to work outside of their specialty. Some of us were even furloughed and reprimanded for speaking out to the media.

Therefore, in the wake of our contribution to the health care crisis, the time may be ripe for us to ask for help in our ongoing struggle for medical liability reform. 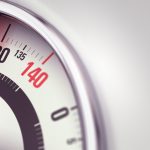 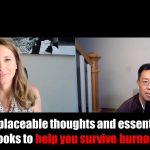 Rethinking tort reform in the wake of the pandemic
2 comments