This week sees myself in the office only for a few hours. I decided to drive across the city yesterday to meet with supportive friends for lunch. All three of us are fully vaccinated.

Our lunch, the sharing of a simple meal, was punctuated with intense discussions about the ethics of what has happened to our country, and about the wisdom of the courts. Although we are close friends and understand each other, there were differing opinions. We are also generally a positive group, which is why we are friends. Somehow there was not the same energy of positivity amongst us this time.

Later in the afternoon, after we had eaten and spoken, I drove to the nearby La Lucia Mall to see if I could get some grocery shopping done. The shops where I stay had been closed all of last week and I thought the upmarket area might have better stock.

The parking area was empty, and there were no queues to get into Woolworths. Everyone, shoppers and workers, was subdued. I spoke to a lady shopping. We were in the meat and poultry aisle.

“Isn’t it just crazy?” I said to start the conversation.

She paused. I was still in my scrubs. She looked at me. “Hectic. I am Muslim, and there is no chicken. The meat is not Halaal.”

“Get some frozen fish? I am not sure if there is any?”

“Have you just come from work?

“Yes, I closed the office. It is so quiet.” There are other reasons, like I am overstressed and have withdrawn to have time to myself, but I chose not to tell her that.

“OK, be safe,” I echoed the greeting and moved on. I got most of what I wanted except garlic to ward off evil spirits and chicken.

On the way out, I stopped to talk to the manager. I asked about stock and staff, and he was positive. He stood in front of the empty in-house coffee shop.

Happy to have enough groceries for me and others that I could share with, I pushed my trolley out into the dusk of Durban winter.

“Doctor, doctor,” I heard a voice calling out. No one should know me around here as I haven’t lived in the area for five years. I turned. A young man was running toward me. He was small and wearing a worker’s overalls with reflective safety strips.

I stopped pushing my trolley and faced him.

“I just want to thank you for what you do for people. I am so happy you studied so hard to do what you do. God bless you.”

I had tears in my eyes. I really did not know him. Yet, I felt an instant connection.

He rolled up his left sleeve and pointed to a scar on the funny bone of his elbow.

“I have had a debridement,” he said and pointed to his elbow. “I have met doctors like you.”

Lucky Ndlovu had no idea I was an orthopaedic surgeon. Thirty years ago, I would have treated young men like him for injuries with debridement, a French term for removing damaged tissue. I debride aggressively now and then hand over big skin defects for my plastic surgeon to close.

Our country needs a debridement, I thought to myself.

Lucky was truly grateful. I was moved. I took his number. We chatted a bit. When things are better, I will go back to the La Lucia Mall and have a meal with him and talk. He inspired me more than he knows.

He alone, with his open gratitude, has given me hope to carry on. 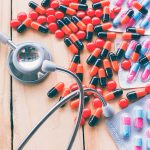 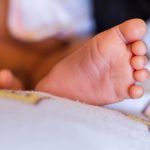