They were migrant workers in the Central Valley of California. She was expecting her first child when she first crossed the border illegally with her husband only a few weeks before. Most everyone working beside them had done the same, the majority from Mexico, as they were, but some from Central America. The “Coyotes” were always busy in their mercenary work. They were all desperate for a “better life,” the American dream, especially when a baby was soon to arrive.

The work was hard, soul-breaking, endless; the foreman, merciless. They endured. They had to: Their baby’s life depended upon it. A missed day of work meant the difference between work or no work; food or no food. After he was born, she was back in the fields within days; the foreman was waiting. She brought the baby with her, enshrouded in a traditional cloth wrap slung across the front of her body so she could more easily nurse while she worked. What else could she do?  The foreman made no exceptions. The baby cried, often, too often. The foreman quickly became angry at the incessant crying. He threatened to fire them both if she did not keep the baby quiet. She tried, she tried hard, very hard, but nothing worked, and she became desperate. Another worker suggested she do what others did, give the baby “a little alcohol” in his bottle. It would make the baby sleepy and the crying would stop. She did, the crying stopped, and they continued to work. They did so day after day, month after month, and the work continued, endless.

I was in disbelief. How could this happen? There must be extenuating circumstances. The interpreter provided further history on the patient.  His parents had for many years been migrant workers in California.

He died a few days later, but his haunting memory remains with me.

Questions of a canceled whistle-blower 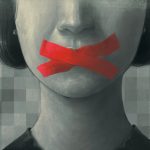 How to keep your optimism in medicine [PODCAST] 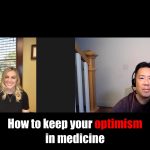