This is not a story about the before.  It is about the after.

When I blew the whistle on the gender harassment I experienced and witnessed within my workplace, I naively thought doing so would help. I thought opportunities and experiences for women would get better.  I thought it would be worth the risk.

And yet, two years into the after, I am still struggling. My experience taught me that I am not safe speaking up.  It taught me that the very people who are supposed to protect me – the institutions and leaders that pledge equity – will disappoint. They will silence me, and by example, silence others.  I will experience retaliation. I will be made out as the villain of the story, blamed for the bad behaviors of men in power. I will feel defensive. I will question my self-worth and identity. I will feel alone and afraid.  I will lose.

So, let me start with the end: The defendant in my case was acquitted.  After a 9-month investigation, 6 plaintiffs, 37 witnesses, and countless accounts of a hostile workplace, an external compliance officer determined that the defendant’s behavior did not meet my university’s statute for discrimination on the basis of sex.  In his and our leadership’s eyes, he was exonerated.

This ending is ubiquitous.  Gender harassment in medicine is the norm, not the exception.  It is indirect or frequent put-downs, brief indignities, and ambient hostility.  It is diminished representation, advocacy, leadership, and opportunity.  It undermines women’s roles, dignity, and health. It makes us feel like we don’t belong.  And, although most American organizations have sexual harassment programs, the number of claims has not changed since the 1980s. The programs do not work.

Worse, retaliation, especially subtle retaliation like the quiet ostracizing, indirect slander, and exclusion I experienced, is pervasive.  Two-thirds of sexual harassment claimants are subsequently assaulted, taunted, demoted, fired, or deliberately excluded by the harassers or the harasser’s friends.  This has long-term effects; women who file complaints end up with worse professional mobility, and inferior physical and mental health than those who keep quiet.  More, other women learn not to come forward; only 10 percent of those who experience harassment ever bring it to institutional attention.

The system enables denial.  It promotes silence by instilling fear of speaking up, by reinforcing our reliance on those in power, and by rewarding those who cooperate.  It becomes remarkably easy to look away from micro- and macroaggressions when looking towards them makes us so vulnerable.  The only thing unusual about my case was that I spoke up at all.

While I confess my greatest wish in the before was to “cancel” this man’s privilege – to take away his un-earned title of “leader,” to remove his power to suppress women’s careers, to unmask the hypocrisy of his “commitment to equity” – my whistle-blowing ultimately canceled me.

In the after, my academic home was canceled: Although he and his confederates could not grossly retaliate by firing me, they succeeded to erase me.  I was “no longer welcome” to work with their program. I was disinvited from all meetings, all collaborations, all teams.  I was publicly described as “a troublemaker,” “overly ambitious,” and “not a good fit.”

My voice was canceled: Senior staff said “he is important for the institution,” “I have never seen him like that”; “He doesn’t mean it that way”; “He is from another generation”; “What did you do to deserve this?”; and “This will go better for you if you stop complaining.”

My career development was canceled: While he and his confederates were offered opportunities to publicly discount concerns, I was instructed to stay silent.  While they were offered more leadership opportunities (as if they deserved consolation for being investigated), I was told to be more productive, seek mental health support in my spare time, and re-consider if I had what it takes to survive academia.

My existence was canceled: When I saw people from within his program (and beyond), they avoided eye contact or turned away.  If they spoke, it was to say that they were “in a tough position,” or “caught in the middle.”  They “didn’t want to take sides.” They didn’t see that, by not speaking, they were taking his.  They were supporting silence and the status quo.  They were complicit.

My faith in people was canceled: Most hurtful was that this group of professionals preaches compassion and attention to suffering; they gave me neither.  Few asked if I was OK, few acknowledged me at all. They made me invisible at the very moment I most desperately wanted to be seen.  They have not acknowledged me since.

Now that I am firmly in the after, I am plagued by questions.  What does he see?  Does he see what he wants to, that he was wrongfully accused?  Or does he consider, for just a moment, that perhaps his actions hurt people?  What does our larger community see?  Do they see justice for an angry woman scorned?  Or, do they pause to consider that maybe their silent complicity was equally, if not more, harmful?

Were subtle verbal microaggressions towards women more egregious than the fact that women (not men) were leaving the institution to advance their careers?  When one woman left for “a great opportunity,” I didn’t think twice.  When four left for “great opportunities,” I wondered why they had needed to look in the first place.

In two years, I have answered only two of my own questions.  First, why share my confessions now? It is not from a wish for personal gain or retribution.  It is not a manifestation of my rage and pain, although both bubble up as I write this.  I write because the experience of harassment is profoundly isolating and remarkably ubiquitous.  I write because I want other victims to know they are not alone.  I write because I believe we are better than this.

Second, would I speak up again?  Yes.  As a now-proud “troublemaker,” I invite us all to challenge what we see.  Consider that our culture of denial, of acting only when it is personally convenient, cannot endure. Recognize that discrimination is ever-present, often insidious, and always harmful.  Lean in, get uncomfortable, and support those who speak. Imagine that progress can be healing. Remember that change is difficult, that correcting these issues will take real work.

It’s time to un-cancel the silence. 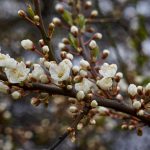 The haunting memories of migrant workers 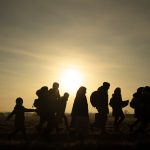 Questions of a canceled whistle-blower
1 comments