When Elvis Presley rolled up his sleeve and received the polio vaccine backstage at The Ed Sullivan Show in 1956, most Americans knew about it. At the time, the only stars hotter than rock ‘n’ roll itself were Presley, the genre’s de facto king, and Sullivan, the host who brought its biggest headliners to the American people.

By 1957, polio incidence dropped by 85 to 90 percent because people lined up in droves to get vaccinated. We don’t know how Elvis’s display affected vaccine acceptance, but we do know that celebrity endorsements are an advertising mainstay for a reason—American businesses haven’t spent untold millions on them for decades without expectation of return.

Despite this, we can’t expect the same old strategies to work in the modern world. No celebrity has Elvis’s star power today because the relative monoculture that underpinned his success has been fractured into countless niches. Our modern age is one of infinite choice, where we all have role models, YouTube channels, Netflix documentaries, or news platforms that speak directly to our interests and guide our decisions—for better or worse.

Across American health care, it’s time to embrace and adapt to this niche world. That means it’s time to abandon one-size-fits-all care, which ignores the fact that our country is a multicultural one, leaving us ill-equipped to deal with public health crises such as the coronavirus pandemic.

There may no longer be one person, like Elvis, who most people in the U.S. admire. But everyone in the U.S. still admires someone. For many of the older male patients, we served together at the Veteran’s Administration in the early 2000s, that someone was any male physician on staff. “So when can I talk to the doctor?” they’d wonder after Dr. Nayyar finished speaking. Little did they know, Dr. Nayyar, a female resident physician, was there to train Dr. Bakhru, a male medical student.

Beneath this clear and problematic stereotyping lies a human desire to see and be seen by people we understand, and who understand us and our culture. It’s difficult for mainstream celebrities to accomplish this broadly. But the health care system can make it happen.

When we address people’s desire for cultural validation, we improve trust and engagement with the health care system. When we ignore it, we leave underserved groups behind.

In Los Angeles, for example, we know that Black men can achieve substantial reductions in blood pressure when interventions are administered at their barbershops. On the other hand, we’ve seen that placing uniformed guards outside vaccination centers may make some folks feel safer, but it deters Latinx individuals, even if signage claims immigration status doesn’t affect COVID-19 vaccine eligibility.

In some cases, what we assumed was vaccine hesitancy was actually a lack of cultural awareness. In April, many Muslim individuals were hesitant to receive vaccines while fasting for Ramadan, which requires “refraining from anything entering the body cavities.” Does that include COVID-19 vaccines, many wondered? Concerns were assuaged when Muslim scholars—not clinicians, politicians, or pundits—advised that it does not.

Many also mistook poor access to vaccines in Black communities for vaccine hesitancy. That “puts the blame on individuals and communities as opposed to actually planning for action and equity,” Sharelle Barber, a social epidemiologist at Drexel University, told NPR. When community leaders made COVID-19 vaccines available locally in Black churches and walk-in clinics, presumed hesitancy dropped.

Despite all the evidence that culturally relevant care matters, the American health care system still hasn’t sufficiently woven it into the standard of care. But we can see in the examples above that something powerful is happening in the void: Our communities are banding together to meet the underserved.

Health care leaders with intimate knowledge of their communities’ concerns and challenges—not mainstream influencers and celebrities—are finding simple, culturally relevant solutions to vaccine hesitancy. Some are exposing hesitancy as poor access to care. And most importantly, they’re helping people overcome those challenges with boots-on-the-ground rallying efforts, as in the case of one Texas teen who booked more than 600 vaccine appointments for members of her community with low tech literacy.

Health care can reach further into our communities when we understand their unique challenges and enlist local leaders to help solve them. It’s time to double down on efforts like this. Because, in a niche, multicultural world, empowering culturally relevant leaders moves the needle better than one-size-fits-all care ever could.

Let’s embrace this fact now and deliver care accordingly. Doing so could mean the difference between overcoming the greatest public health crisis in generations or backsliding into a status quo health care system that ignores the needs of millions of Americans. 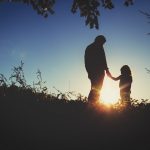 Our niche world demands a new approach to health
1 comments