My friend (I’ll call him Dr. Mensch) reached out to me because he fears that a gender war is unfolding in his division. He is worried that current cultural concerns about gender equity are degrading the previously harmonious relations between male and female professionals on his team and that the mounting tension could have a negative impact on patient care.

Mensch told me that several female physicians, including residents and fellows, use the term “mansplaining” in a fashion that he described as, “imprecise, cavalier, even reckless.” He put it like this, “It’s as though ‘mansplain’ has become the preferred verb when some women in the division describe the verbal style of their male colleagues.”  He said that he’s not the only male member of his workgroup who feels painted by the broad brush of presumed linguistic sexism.  Most of them do.

Urban Dictionary describes mansplaining as, “When a man explains something to a woman in a patronizing tone as if the woman is too emotional and illogical to understand.”  When it comes to a speaker’s words and his tone, is there an objective way to determine the man’s attitudes and whether or not what he said was, indeed, patronizing?  I conferred with an Oxford-trained linguistics professor who assured me that, “we can draw some robust inferences about attitude from how people behave and speak.” However, in Mensch’s division, different team members don’t hear the same thing.

There is a growing rift in this workgroup that previously enjoyed a robust esprit de corps.  The team has become factionalized – those who make liberal use of the word mansplaining; those who feel disparaged when they hear it; and, a third group that tries to avoid the fray.  Although Mensch has provided guidance to the male physicians who need to work on their tone, especially when they speak to women, he is convinced that the tension surrounding gender is escalating out of control.

What can be done to restore an atmosphere of collegiality and mutual respect in Mensch’s division?  In “Men’s Fear of Mentoring in the #MeToo Era — What’s at Stake for Academic Medicine?“, the authors posit that in this era of increased “focus on gender equity and diversity in medicine,” male physicians become fearful and anxious in a way that “can turn every experience that men have with women into a hazard that needs to be managed.”

Each gender equity situation has its own unique qualities.  It is up to thoughtful front-line leaders to sort things out with level-headedness, curiosity, patience, and respect in conjunction with their teams. Ideally, they will talk with one another and listen hard.  Respectful dialogue may propel them beyond the current impasse.  The authors of the article suggest “creating a ‘safe space’ where men and women can talk directly about concerns.” 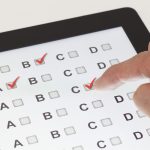 Physicians and the midlife dip [PODCAST] 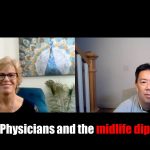 Mansplaining in medicine and how to solve it
2 comments