One of my clinic patients recently asked me to administer his intramuscular medication injection. I appreciated the vote of confidence but had to tell him he was mistaken in thinking that my skill would surpass that of our nurses’.

It reminded me of the time, some years back, when I inadvertently found myself “impersonating” a nurse for a school field trip. And soon found myself in way over my head.

Our family was new in town. When my child’s teacher found out I worked in health care, she asked if I would help out on the three-day, out-of-town, multi-class field trip. “We need someone to act as the nurse.”

I explained that I wasn’t a nurse, but I’d be happy to lend my medical skills for the duration of the trip. After all, I was a doctor. How hard could it be?

I would soon find out.

After introductions, the school nurse — who would (wisely, on her part) not be accompanying us on the trip — took me aside. She showed me the medication log and gave me a locked tackle box containing the medications. So far, it seemed straightforward enough.

Until I realized tracking down children on multiple buses at irregular stops, and making sure they took their medications on time, was harder than being an intern cross-covering three pagers. I chased down teachers to help me find kids, doling out pills and water until all my checkboxes were marked off. Until it was time for the next round.

I cringed inwardly, thinking of all the “four times daily” inpatient medication orders I’d blithely signed off on over the years. Note to self: always try to find an alternative with a less frequent dosing schedule.

Finally, we arrived at our destination for the first night, a community center. I completed the last evening round of medications, double-checked I hadn’t missed any, and locked up the medication tackle box for the night, stowing it under my cot. At lights out, I collapsed on my sleeping bag, looking forward to the rest.

As soon as my head hit the pillow, I fell asleep, to be awoken sometime later by a whispered voice.

I rolled over and put my arm over my head.

The voice got louder. “Nurse … nurse!”

Oh, wait, that’s supposed to be me. I didn’t know this job was going to come with night call.

I opened my eyes to find one of the teachers hovering over my cot.

I was notified unceremoniously that a student had vomited.

She stared at me expectantly.

Oh, right. I was the “nurse.” I had another moment of inward cringing as I recalled all the times I summoned a nurse on rounds because of emesis and then moved on to see my next patient.

I followed the teacher into the bathroom and tended to the child, who told us she felt much better now. I took her temperature and sent her back to bed before retreating to my cot. But mere minutes after my eyes had closed, there was a parent at my bedside. “Nurse…”

And so it went throughout the night. As a parent myself, I was no stranger to vomiting, but I marveled that the others thought there was some special need for “the nurse” to witness it each time. I wiped brows, took temperatures, and reassured the other parents that tucking the kids back into their sleeping bags seemed the best next step.

In the end, perhaps 10 percent of the kids were affected by whatever GI virus swept through the group. It was thankfully short-lived, with everyone feeling better within 24 hours.

In the end, I realized the only thing my physician training helped me with was my ability to function the next day on little sleep. I kept to the schedule in the binder and administered the medications, checking off my boxes. One skill I learned in internship.

The second night, I was called to assess a child with chest pain. It turns out that being an oncologist for adult patients in one’s day job is absolutely useless for evaluating healthy children on a field trip. The immediate differential diagnosis that popped into my head by default was pulmonary embolus, SVC syndrome, and mediastinal mass. Then I oriented myself to the fact that (A) this was not an adult and (B) not an oncology patient. I could most likely dismiss the first two causes.

Running on fumes due to the previous night’s sleeplessness, I did the only thing I could think of — called the pediatrician on-call back at our home hospital. As the child’s parent listened to me summon the pediatrician to the phone by using my “doctor” title and the conversation that followed, they slowly backed away, nudging their child to step back as well.

You see, back at introductions the morning of the trip, I had identified myself to the other parents as “the nurse.” In my head, the words had quotes around them.

It would turn out the other parents hadn’t picked up on this, as, in general, air quotes aren’t audible.

After a few minutes on the phone, my colleague assured me the child was likely fine and that this wasn’t an initial presentation of childhood lymphoma. I hung up and turned back to the child and parent. But before I could say anything, they were halfway back to their tent.

My heart sank. I realized they had sought me out (or rather, sought out the nurse) for reassurance — not a call to the hospital and a scary discussion of improbable causes of the child’s symptoms.

The trip’s final day came, and I made it through without any other blunders — and, thankfully, no more vomit.

That evening, we arrived back at the school parking lot, and I handed over the medication box to the school nurse.

“Any problems?” she asked.

“I didn’t appreciate enough everything that nurses do.”

Jennifer Lycette is a novelist, award-winning essayist, rural hematology-oncology physician, wife, and mom (to three humans and two of the canine persuasion). She can be reached on Twitter @JL_Lycette, Mastodon @[email protected], and LinkedIn. Her first novel, The Algorithm Will See You Now (Black Rose Writing Press), a near-future medical thriller, is now available for preorder at https://bit.ly/THEALGORITHM.

Raising the awareness of celiac disease in the medical community 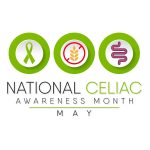 I was a doctor. Could I also be a nurse?
2 comments