Last month, I was one of a hundred New Yorkers who peacefully protested anti-Asian racism in Times Square. We marched to 360 West 43rd Street, the Midtown Manhattan luxury building whose security guards sparked national outrage after footage showed them closing the door on 65-year-old Vilma Kari as she was brutally attacked by 38-year-old Brandon Elliot. While the security guards did emerge to assist Kari after Elliot left and flagged down a NYPD car, they were fired for not following “emergency and safety protocols,” including calling 911 or an ambulance.

On her mother’s GoFundMe page, Elizabeth Kari thanked the anonymous bystander across the street “who yelled and screamed to get the assailant’s attention.” Elliot said anti-Asian slurs and repeatedly stomped on Kari’s head and chest, fracturing her pelvis and contusing her head, before crossing the street towards the bystander intentionally distracting him. It’s hard to imagine what further potentially fatal damage Elliot could have unleashed on Kari, half his size, had he not been interrupted.

As I stood outside 360 West 43rd Street, I couldn’t help but note how safe the neighborhood appeared. It was a tree-lined block across from a park with children playing and an overabundance of frequented Midtown restaurants on both avenues. I was a native New Yorker who lived and worked nearby at the hospital down the street last year and had never felt unsafe in that area. It was hard to believe this violent act happened to a woman walking to church in broad daylight in that spot, and yet it did.

Right now, a national surge of anti-Asian racism is threatening the Asian American and Pacific Islander (AAPI) and the general community’s public health. New York City alone has experienced an 833 percent rise in anti-Asian hate crimes from 2019 to 2020. With escalating national violence, bystander intervention education is becoming increasingly relevant and can potentially save a life. Bystander intervention is a type of training to prevent harassment, whether racist, homophobic, or misogynistic in nature.

Doctors undergo mandatory training sessions in medical school to prepare for unexpected medical emergencies. Health care workers are mandated reporters who have to undergo specific training for the purpose of identifying child and elder abuse or neglect. Bystander intervention should also be on that continuum of responsibility and training.

I urge bystander intervention training to be widely adopted by health care workers, professional workplaces, and the broader community to end everyday harassment and racism, for microaggressions and violence, alike. In medical simulations, health care professionals are always taught to ask two questions first that can be useful to keep in mind in any situation: 1) Is the scene safe, and 2) Should I call for help?

Violent situations like Kari’s can be dangerous, in which case it may be safer to maintain distance before deciding whether to call for help. Kari’s bystander yelling at Elliot while maintaining a safe distance is an example of successfully distracting Elliot from inflicting any further harm on Kari while maintaining safety for oneself. Making eye contact with other bystanders and delegating duties, such as calling 911, security, or medical care can also be helpful.

It may be useful to check with the target since some individuals may not feel comfortable with calling law enforcement due to systemic police brutality and disproportionate mistreatment against communities of color. Calling 911 for an ambulance and medical care should not be delayed towards the scene of an emergency when someone’s life is in potential danger, like Kari’s.

Michelle Lee is a resident physician and can be reached on Twitter @MichelleLeeMD. 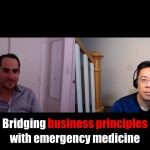 Physicians in a quantum state 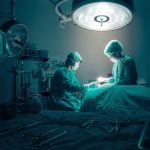