A week after surgery, I removed my splint to take a shower. Now, unprotected, my wrist was made of glass.

With my splint on, I was clumsy, but invincible. I did not feel frail until I removed my splint.

The shower floor did not feel very different from the ice on the lake. My thoughts were whirring along like this: I cannot squeeze the shampoo bottle with my injured hand. It is also painful to raise that palm up to squeeze the shampoo into it with the other hand. Don’t spill the shampoo because that would make the floor slippery. It will feel so good to get that shampoo on your hair. Don’t let it drip off your hair! Careful not to get shampoo in your eyes because having to close them will make you more likely to fall.

The shower floor did not feel very different from the ice on the lake. The memory of how it felt to have my feet slide out from under me and all of the other unpleasant feelings that followed were jostling for attention. I concentrated on keeping my feet firm; I could not attend to these memories, but they were there, intruding into my concentration, unrequested.

The shower floor did not feel very different from the ice on the lake. Some part of my brain was exquisitely aware that I was in the same state I had been in before I fell. It knew that my future quality of life was dependent on my attention to each step.

I navigated the shower successfully. I have not re-injured myself. I have had the time to contemplate the intense fear I felt in the shower, and I have people who will talk with me about it. I have written and re-written this piece. My life has been able to show the panicked parts of my brain that it is OK. The shower is not a threat. Daily life is not a threat. Things with the wrist are getting better. I do not need to be on high alert.

If instead of this ideal recovery, I had fallen again or I had had to use my arm for an essential task that kept re-injuring it or if I had had a less tolerant family or no ability to write, I would not have been able to process the experience. Each time the wrist hurt even just a little, I would have been afraid. Each time I felt fearful, I would be more likely to avoid the activity that had triggered the fear. Don’t go upstairs, don’t pour liquids where they might spill, don’t leave the house in winter, don’t wear clothes that require a stretch or bend of your arm to put them on, only take sponge baths. My life would contract and contract, and soon enough, I would be frail.

This may sound a little like PTSD, and I think a less intense version of the same system is at work here. I wonder if thinking about frailty as though it were slow-moving PTSD would help us prevent its advance. I challenge you to listen for PTSD when you listen to your not-yet-frail elders and see if you can help them stay robust.

Doctors can get angry, too

ER doctors use stories to connect with patients 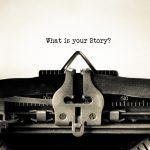