A couple of weeks ago, I received a text from my aunt that included a link to a physician-created YouTube video about the COVID vaccine. The creator has built her fame and fortune as an anti-vaccination proponent. Knowing that her videos are rubbish, I ignored the text.

A couple of days ago, I received the same text message, this time with my aunt imploring me to “PLEASE READ!” I went back and forth on whether to respond or not and ultimately decided to take the bait. I replied that the creator is a charlatan and a disgrace to the medical community. She is especially dangerous because attached to her misinformation about vaccines and COVID-19 in general is her medical degree, which gives her some credence to the layperson. She also promises her viewers “special information,” little secrets that “they” don’t want you to know. During a pandemic with a novel virus and much uncertainty, people will latch onto this sort of thing.

Pandemics are not new, and neither are the rumors and charlatans that come with them.

During the Plague of Justinian in the 500s, there was a rumor that if you threw your pitcher out your window onto the street below, the noise would keep the plague away from the city. Today’s rumors are just a tad more sophisticated, where preprint servers can announce the miracle of hydroxychloroquine before it is adequately studied.

A classic feature of a pandemic is misinformation, created by the chaos where much more is unknown than known. As Elisabeth Berry Drago said in her article “Quacks, Plagues, and Pandemics,” quacks thrive in a vacuum. Without the consistent, unified messaging of our public health leaders, quacks can capitalize on the public’s frustration of mixed messaging.

The media adds to confusion by breathlessly reporting every setback, failed trial or potential reaction from a vaccine. Report first, gather facts later … or maybe never.

An infamous example of this is during the 1950s, when the first polio vaccines were being rolled out. Cutter Laboratories was one company among five which produced the polio vaccine. One lot from Cutter contained a live poliovirus. The result was that some children were paralyzed, and some died from being inadvertently infected by the vaccine.

While the Cutter incident was truly just that, an incredibly unfortunate isolated incident, the gossip news/radio commentator Walter Winchell informed Americans that the government was stockpiling “little white coffins” to prepare for the polio vaccine. This created panic among parents, and many chose not to vaccinate their children, despite the vaccines from the other companies being completely safe.

There is similar hyperbole in the language used about the COVID-19 vaccines now. As the creator says in her video, “Some people are going to die from the vaccine directly. But a large number of people are going to start getting horribly sick and get all kinds of autoimmune diseases.” Americans watch these videos and believe their lies. You then end up with adults, most of whom are fully vaccinated against other diseases, saying they don’t want to put something “foreign” in their bodies. Trying to talk them through that contradiction is impossible. Their minds are made up.

Of course, much of this dilemma would not exist if there wasn’t a vacuum to begin with. Or, to be more precise, a science vacuum. The United States has a big problem with science literacy, and when you have a public who fundamentally misunderstands what science is, you are going to have quacks and charlatans thrive. According to the National Science Foundation, only 21 percent of 12th-grade students scored at or above the proficient level on the NAEP science assessment.

Compared to other advanced countries, U.S. 15-year-olds scored 24th in science on the Programme for International Student Assessment test in 2015 (the most recent report for this test). There are many different definitions of science literacy.

Jon Miller, the director of the International Center for the Advancement of Scientific Literacy at the University of Michigan, says “civic scientific literacy represents the level of reading and comprehension skills needed to read the science section of the Tuesday New York Times or to watch an episode of Nova on public television.”

I personally like the National Science Education Standards definition: “Scientific literacy means that a person can ask, find, or determine answers to questions derived from curiosity about everyday experiences. It means that a person has the ability to describe, explain, and predict natural phenomena.”

I like this definition because it demands that the person is an active researcher and inquisitor in the process of discovering a truth. Science is all about the process — trials and errors, iterations and experiments.

Being proficient in science literacy is not watching a YouTube video and proclaiming you know the truth. I have no problem with patients asking me if 5G technology causes COVID-19. I don’t even care if they watched 15 videos on YouTube that all say it does. As long as their minds are open to contrary evidence and they are willing to accept the irrefutable evidence against that belief once it is presented, then they are displaying science literacy.

In Heidi Larson’s TEDMED talk “Rumors, trust, and vaccines,” she states that rumors have their basis in lack of trust. Mass vaccination efforts against a pestilence will be very difficult when the public lacks confidence in the importance and safety of the vaccine. Further, most vaccine initiatives require a high level of government involvement and “Big Pharma’ and’ that adds a political dimension to vaccine sentiment. Couple that with the online conversations of a questioning public, and you have a perfect Petri dish for rumors to stifle effective reasoning. Larson reports that the anti-vaccination groups in those online conversations were “recruiting the undecided at a rate 500 percent faster than the pro-vaccine groups.” This TEDMED talk was months before Pfizer, Moderna and mRNA vaccines were a regular part of our lexicon. Yet the same skepticism replays itself, just as in past pandemics and pestilences.

So what are we to do?

In the U.S., we have both low science literacy and low trust in government. In our current polarized political climate, efforts to increase trust in government are unlikely to be successful anytime soon. But we absolutely can make progress in increasing science literacy. I cannot change my aunt’s mind. Only time will reveal the truth to her. (Half a dozen lengthy texts later, we peacefully agreed to disagree.)

Our focus should be on the next generation.

The STEM initiative of the Department of Education is a necessary step in strengthening our children’s understanding of science. It is also up to those of us in the medical community, scientists, and elementary and secondary school teachers to work together to adequately explain what science is to our youth.

We should engage them in conversations about the successes and failures of past scientists, how many inventions and discoveries were the result of months or years of hard work, and how ultimately, we are better off as a civilization because of these achievements. If the next generation comprehends the complexity and accessibility of science, they will be more likely to respect and trust it. That way, when the next pandemic comes along, with its band of charlatans and profiteers behind it, our citizens will know better than to throw their proverbial pitchers out the window.

Sara Bajuyo is a family physician. 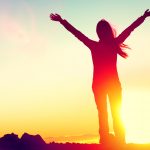 A nurse shares her story of sexual assault [PODCAST]

How to stop the anti-science charlatans
4 comments