Indian parents are perfectionists. This is what I had come to understand and believe, even before I had the vocabulary to define it. Perfection was the expectation. Not excellent, not superb, but perfection, and only perfection. After years of reflection, I don’t take issue with the expectation of perfection, but, rather, how I perceived it to be defined for me — a well-behaved, beautiful and academically successful girl who does not err or fail. Daddy and Mom loved when I succeeded in school, and I loved to be loved. So, I made “A’s” and always followed the rules. “Be a good girl.” The first grandchild, the first child of immigrant parents, “Everyone is watching.”

No one said it, but I heard it. Internal dialogue is powerful. Programming is powerful. I created an image of what I believed they wanted me to be. I put this alternate Ruchi on a bar that I would repeatedly raise just as I had neared it. So, I was never perfect. Moreover, despite my persistent efforts to check all the boxes I needed to check to be a “good girl,” the infinitely lofty male bar remained elusive. I don’t remember anyone telling me that male is standard, male is perfect; I just knew it.

How unfortunately imaginative a child can be. Internal dialogue is powerful. Programming is powerful.

I had begun to feel the vulnerability of stereotype threat. Indians are nerds, and I did not want to be a nerd. I wanted to be beautiful.

Mom often encouraged me to make friends with other Indian girls. In hindsight, I should have listened. This tiny brown, vegetarian human desperately needed to be surrounded by other tiny brown humans. But I did not want to be a nerd or associate with nerds. And, as many children are, I was drawn to what was beautiful. Beautiful is blond hair and blue eyes. Beautiful is American. American is perfect. One afternoon I walked home from the bus stop with a beautiful little blond-haired, blue-eyed girl who lived at the end of my street. I hungered for her validation. As we approached our street, she started to tell me that she couldn’t be friends with me anymore. And when I asked why, she said her mother didn’t want her to be friends with someone who is Black.

But wasn’t I a “good girl”? Wasn’t that enough? The initial gut-punch of confusion (because I am brown and not Black) ended quickly, after which the agony of rejection ensued and lingered for years. I stood on the sidewalk, a tiny brown human rejected, and watched her smooth blond hair swish freely as she walked away. The standard of beauty had discarded me. I was not beautiful. I was not American. I was not perfect. I didn’t need to be told; I just knew it.

Thus began my personal identity formation. I did not know who I was, but I knew what I was not.

I added the standards of beauty to the bar of expectations to which I held myself daily. Acutely aware of my inability to physically parallel phenotypic perfection, I devised a strategy to emulate it. In high school, I closely observed my beautiful peers and wrapped myself in a costume of friendly, bubbly, albeit feigned, behavior. I couldn’t quite propel myself far enough to become academically careless as this would move me further from perfection at home (I loved to make “A’s”). I understood my costume to be the qualities of the American “good girl.” I didn’t need to be told how to conform. I improvised, adapted, and learned how to do it.

I fell for all that programmed me — and stood for nothing.

I went to medical school in India, where annually, over 600,000 students take a national exam and vie for ~ 30,000 MBBS seats. Undeniably the competition is fierce.

Fortunately, my path to admission as a non-resident Indian (NRI) did not require me to take this exam; however, I began this next adventure alongside my 69 classmates in the late summer of 1995 with an intelligence insecurity and vulnerable once again to stereotype threat. But, this time, to that of the stereotypical American, I embodied all of what were believed to be America’s sins. My perky attitude and Valley Girl accent only confirmed my classmates’ suspicions of my tendencies to be wild and airheaded, entitled and profligate. But, I was a “good girl,” wasn’t I? Suddenly, I no longer wanted to be bubbly — I wanted to be a nerd.

Once again, I carefully watched my industrious peers and transformed my costume into one of reserved, respectful, and perhaps submissive behavior. I altered my accent to disguise myself during oral examinations. Determined to change teachers’ possibly preconceived notions, I followed the rules, immersed myself in study, questioned nothing, accepted a berating with my head down when my answer was incorrect, plunged further into textbooks, and graduated. In retrospect, despite achieving in medical school, I felt psychologically unsafe.

I fell for all that programmed me — and stood for nothing. Thus began my professional identity formation. I did not know who I was, but I had learned how to become something I was not.

Following the birth of my first daughter, I needed to intervene and break the “good girl” cycle. I refused to bring my perfect little girl, loved wholly and simply because she existed, into my spiral of ever-changing costumes to appease the external critics. I, alone, planned, staged and was the subject of the intervention. I reflected on what I believed it meant to be human and to be a perfect version of me. After several months of reflection, I enumerated my values: empathy, humility, community, advocacy. I rejected any and all stereotypical definitions of myself based upon gender, race, nationality or culture, while simultaneously openly accepting myself as wholly Indian and wholly American. I began to hold myself accountable only to these surrogates for perfection. On any given day, if my actions reflected these attributes, I had a perfect day. I destroyed all the bars I had set, dethroned the alternate Ruchi, and accepted and loved myself as a human who was born perfect into this real, imperfect world. Hence far has my personal identity transformed.

I sought counsel and mentorship from peers and heroes who taught me that every human has a purpose on our planet, and I had only to discover mine. I enveloped myself in the growth mindset, forgiving and congratulating myself for the mistakes I made. I took risks, fell, asked questions, developed and succeeded. I felt Indian and American and beautiful and perfect. I designed my own individualized, psychologically safe space. Hence far has my professional identity transformed.

As I attentively listen to the stories of my patients and families, I realize that every child is setting bars, often falling below these bars because their ability to imagine what could be is clouded by the images and rules made for them.

As I attentively listen to the stories of my learners, I realize that every learner is setting bars, often falling below these bars because their ability to imagine what could be is clouded by the images and rules made for them.

The time has come, I tell my daughters to discern which rules were meant to be rewritten, which standard was meant to be reimagined, which dreams were meant to be dreamt. It is time to create supportive environments for our children, patients/families, and learners in which they will grow and thrive, recognizing the unique effects of the intersectionality of race, gender, religion and ability throughout their journeys.

I would like to thank Dr. Lauren Gambill and Dr. Subha Pruthi for reviewing this manuscript. I would also like to acknowledge Dr. Saumya Dave and Dr. Ibram Kendi, authors of Well-Behaved Indian Women and How to Be an Antiracist, respectively, who inspired me to share my personal story of growing up brown in America. And I would like to recognize Daddy and Mom for leaving their families and country, coming to America to better our lives, sacrificing daily for our success, prioritizing education, pushing me to dream higher, and being, simply stated, the most perfect parents a “good girl” could ask for.

Ruchi Kaushik is a pediatrician. 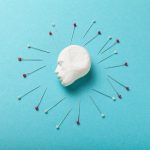 How to find sparks of joy [PODCAST] 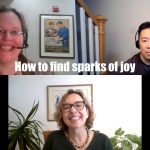 How to be a “good girl”: confessions of an (im)perfectionist
1 comments