Can you remember a situation when shame showed up and tried to take over? Shame is like that opinionated, argumentative uncle who you only see at family dinners on holidays. His mission to seek and destroy any vulnerable, unsuspecting targets. For me, shame showed up as an uninvited narrator on my first call night, as a brand spanking new, doe-eyed intern.

As interns, we took call with our senior residents admitting patients from the ER to the inpatient psychiatric unit. The ER was bustling that night. Scrub-clad trainees from all fields scurried around examining patients, ordering medications and labs, and charting.

The senior resident assigned a name to me, saying that I should start the evaluation and rushed off. Already feeling uncertain in this new and unfamiliar setting, I grabbed my patient’s chart (we’ll call him Paul) and reviewed the ER resident’s evaluation. After my chart review and a few words with the ER resident, I headed to my first on-call psychiatric evaluation. Paul was a mid-20s, HIV-positive, Caucasian male with bipolar disorder who had been brought to the ER by his roommate for “bizarre behavior.”

With a kaleidoscope of butterflies fluttering in my stomach, I knocked and entered the room. I was met by a disheveled, but otherwise, healthy appearing young man who was, indeed, acting bizarrely. Rather than answer questions as I began the evaluation, Paul stared at me then smiled. Then, as if in a suspended animation scene from The Matrix, he slowly lifted his hand. I didn’t have much luck getting any more details from his roommate.

I was confused. The ER had “medically cleared” Paul, so I trusted that aside from a pending drug screen, there weren’t any acute medical problems to address. Given Paul’s history of bipolar disorder, I thought that this could be a new-onset psychosis and that we should admit him for further evaluation, diagnostic clarification, and treatment.

I presented my evaluation to the resident, who agreed with my initial impression and plan.  Still feeling uneasy, I completed the admission and moved onto the next patient.

The next morning, the senior resident approached me, his face fixed in a stern expression. “Hey, you know that guy you admitted last night? Well, he had a big mass in his brain, and we had to transfer him to the main hospital. You missed something big. You really should know that when you are evaluating a person who’s HIV positive, you have to consider whether or not there is something else going on. You should have scanned him.”

Reprimanded. A wave of heat crashed through my entire body as my stomach plummeted to the floor. Shame settled in, eager to feed me an all too familiar narrative.

“I’m definitely not cut out for this.”

“I’m going to kill someone someday.”

“I’m not smart enough to be a doctor.”

The belief that doctors can’t make mistakes, a philosophy that is covertly and at times, overtly programmed into our brains from the beginning of medical school, further crystallized.

Shame bloomed because I hid my self-critical thoughts and beliefs. What could have been a pivotal opportunity for learning and growth reinforced the framework for perfectionism and imposter syndrome that would follow me for years to come.

As Brené Brown explains, “Shame cannot survive being spoken. It cannot survive empathy.”  Yes, I made a mistake that first night of call. In fact, the first of other mistakes that have been part of my career as a physician who is also human. But, I was not a mistake.

Yes, I was cut out for this. This being a career path that can be incredibly challenging and marked with uncertainty at times. Unfortunately, sometimes patients die or experience bad outcomes. This fact doesn’t diminish your worth, commitment, or competency as a physician.

I’m smart enough to be a physician. As if being the smartest person in the room makes you the best physician in the room. Hint, it doesn’t. Being a good physician is a culmination of knowledge, skills, and strengths that you, as an individual physician, uniquely brings to the field.

It’s taken some rewiring to pull shame out of my professional narrative. Shame is not there to serve you. It’s there to diminish you and to prevent you from fully embracing and accepting all parts of yourself, flaws and all. It chokes off growth and evolution.

On that first call night of my formal medical career,  I wasn’t a mistake. I made a mistake.

Dying of loneliness: the COVID-19 epidemic in children and adolescents 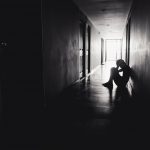 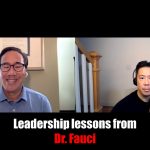 How shame tried to hijack my medical training
4 comments