Two years into my surgical training, and five days after the murder of George Floyd, someone called attention to my Blackness in a way I had never experienced.

One of my patients was an older white lady who appeared to be between 70 to 80 years old. I saw her for a routine postoperative visit when it was time to remove her surgical dressing. As I do with all my patients, I asked if she was OK with removing it so early in the morning. She hesitated but said yes, warning me that if I hurt her, she would be mad. I assured her that I would do it as gently as I could. Understandably, removing surgical dressings and tape can be very painful, so to make it easier, I rubbed a small alcohol wipe along her skin as I removed the tape. I took my time, and after removing one side of the dressing, I stopped to take a break. Nevertheless, my patient felt the sting each time I pulled, and I could see her frustration growing by the second.

We gave it a second, and I waited until her breathing slowed down. Before starting, I asked, “OK, are you ready to give it another try?” She nodded slowly but was noticeably getting angry about the situation. I proceeded to remove more of the dressing.

“Ahh!” she screamed. “You’re hurting me! What are you doing? Stop!”

Again, I gave her a second.

“I’m sorry, ma’am. I know it hurts, but we’re more than halfway done, and so far, your incision looks great.”

At this point, she was muttering incoherent words under her breath. I began taking off what was left of her dressing, and as I’m about to finish,

She immediately realized what she said and quickly covered her mouth.

Stunned, I glanced up, just in time to catch her staring at me in silence with her hand covering her mouth. Confused, my mind struggled to confirm what she had said was what I had heard her say. From the expression on her face, I knew she had.

I removed the last corner of the tape and left the room without speaking to her.

There were many things to be processed about that event. It happened within the context of the COVID-19 pandemic, its disproportional effects on the African American community, and a few days after the murder of George Floyd, an African American man killed at the hands of a Minneapolis police officer by asphyxiation. His murder was the third in a row of recent and widely publicized, unjust killings around the country. First, Ahmaud Arbery; second, Breonna Taylor; and third, George Floyd — all within a few short months. Their deaths sparked a social zeitgeist that exposed America’s divisions and systemic racism at a level we haven’t seen in a long time.

Even before being called a derogatory slur at my workplace, the social climate propagated an evaluation of my own mortality that was the most palpable it had ever been. These days, I’m constantly thinking about my value in this society. I’m constantly feeling the tension of the fragility of my life and its experiences. I’m young and have the privilege of participating in a work that deeply impacts people every day. But with the amount of unjust, unwarranted, and senseless killings of unarmed Black men and women, those feelings of hope and promise are backed up against the wall by the physical slaughtering of Black bodies. Maybe naively, I have thought that my professional degree would defend me. I have assumed that the natural privilege of being a physician in this country would automatically protect me from being a victim of such events.

When I walked out of that room, I wasn’t thinking of reporting my patient. I didn’t feel threatened or unsafe. However, I did feel devalued. In a moment of frustration, I felt the attempt of my dignity and value be stripped away. I was her caregiver, helping with her surgery, taking care of her post-operatively, and the value of who I am as a person was suddenly thrown away at the confrontation of her frustration. It was telling.

This type of incident isn’t particularly unique to the Black experience. Finding other people in my situation who have been victims of something similar is not hard. But even as common as such things are, especially in the current social climate, both organic and intentional conversations about it continue to be taboo. As a provider in the health care ecosystem, my job is special because the letters after my name provide me a specific but profound privilege and respect that is incomparable to any other profession. My job is invasive; it’s audacious, and it allows for a perceived trust earned by my education, not necessarily by a relationship. And as daunting as that is, it comes with an enormous responsibility.

How can we talk about providing adequate health care and not loudly advocate against racism? How can our business be wellness and not cringe at the disparities facing African American communities within our economy and medical system? How can we live and work amongst Black people and not be burdened by what burdens them?

Why is there so much silence when it comes to racial issues?

Unfortunately, I don’t claim to have the right answer. The answer is complex, layered, and nuanced. It must address a historical reality and a political and socioeconomic infrastructure. But when I reflect on this industry’s silence, empathy (or a lack thereof) and fear come to mind. First, it’s the lack of empathy or concern for issues that don’t directly affect oneself.

“This is not a problem that affects me, so why should I care?”

Fairly, despite the casual use of the term, true empathy is a difficult quality to be emboldened. It is challenging to understand how an event makes a community feel if you aren’t part of that community. And unfortunately, there is a misconception that empathy is an ability you either have or don’t have. I disagree. Empathy is practiced. Empathy is a muscle that you can choose to exercise, and by that exercise, it can be developed. Secondly, there lives a fear of saying something wrong. It’s often explained as wanting to do more listening than speaking, which I understand. But, behind that is the fear of not knowing what to say and a fear of the implications or consequences of saying the wrong thing.  It’s a defensive approach to a problem that requires intentionality and proactivity to start the reform process. In the eyes of victims and people impacted by these issues, silence is more a sign of compliance and apathy than apprehension.

So yes, I didn’t feel threatened by my patient, so I wasn’t looking for my honor to be avenged. But I also didn’t feel safe enough to tell anyone. I didn’t think I would be received with empathy. I knew that the silence of my colleagues might be more painful than the actual event. The issues in our communities, outside the four walls of the hospital, seem to be separate from what happens within our walls and, therefore, are not being engaged. That is wrong. We can’t continue to delegate racism and the implications it has had through our community infrastructure as a political issue.  It’s a human issue; it’s a public health issue. We need to seize the fear of having conversations and take it captive. Fear cannot be the reason we don’t speak up.

Toba Bolaji is a surgery resident and can be reached on Twitter @tobabolaji.

You’re not alone: Clinicians and the need to address grief 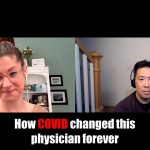 The day my patient called me the N-word
1 comments