Physicians have gone toe-to-toe with death since the earliest days of the profession, even knowing that our efforts would often be futile. Over the past century, dramatic technological advances have nearly doubled the average American lifespan, and modern practitioners have a level of control over mortality previous generations could scarcely have imagined. But medicine has by no means conquered death. This puts health care providers in the precarious position of being able to perform miracles under very specific circumstances while remaining totally helpless in others. Doctors are increasingly faced with decisions like when, where, and how we should allow people to die, taking an unrivaled moral and emotional toll on all involved. This is particularly salient in the age of COVID-19 when ICUs across the country continue to be overwhelmed by people in need of scarce life-sustaining technology.

Despite our proximity to death, many residents, fellows, and even attending physicians lack the skills to have frank, in-depth discussions about prognosis, code status, and end-of-life care. Many still struggle to differentiate between palliative care and hospice. When I was a medical student, just a few years ago, we didn’t spend much time discussing death. We didn’t have lectures about how to appropriately manage pain or anxiety in the dying process. No one walked us through what an advanced directive is, how to use it, or when to bring it up with patients. We learned to lead family meetings by watching our seniors, whose styles and skills varied wildly. Death was not a natural, ubiquitous physiological process but rather the unspoken side effect of what would happen if we did our jobs wrong. Death was the thing we were supposed to avoid, presumably at all costs.

There are many reasons for this increasingly conspicuous gap in training. End-of-life care is still a relatively young field. Hospice in the U.S. started in the 1950s but arguably did not reach mainstream medicine until the 1990s. Additionally, good end-of-life care is highly individualized and difficult to quantify, making it difficult to teach and almost impossible to grade objectively. Further complicating matters, American culture is steeped in denial of our own mortality, and many of us have no concept of what a healthy death can look like. There is a strong subconscious association of dying with giving up or losing a battle, and doctors, after sacrificing many years learning how to keep people alive, are uniquely vulnerable to this idea.

Indeed, physicians’ inability to process their own emotions around mortality can have a major impact on our ability to provide quality care. Providers often feel obligated to drag out the dying process as long as possible for fear of causing harm or incurring legal troubles. Especially in the midwest, where I’m from, many of us were raised to avoid potentially unpleasant subjects. This can make it especially difficult to be frank when delivering bad news. I’ve seen doctors hesitate when describing catastrophic brain damage or terminal illness, then throw up their hands in frustration when the family wants to continue what we feel is borderline futile care. Training more doctors to be comfortable with mortality, tough conversations, and end-of-life care would facilitate more personalized care plans while simultaneously reducing time and resources spent on questionably therapeutic interventions.

Including a death-accepting component to medical training could also have profound psychological benefits. Good communication about end-of-life planning mitigates moral and existential distress for patients, families, and providers, particularly those working in critical care. Unexpected complications, including death, are better understood through the lens of death-acceptance, alleviating the nagging guilt that can follow even when everything was done correctly. Currently, we’ve trapped ourselves in the unsustainable doublethink position of feeling that death is failure while knowing that death is inevitable. It’s a short road to feeling like failure is inevitable, and that’s a recipe for burnout.

Despite sometimes heroic efforts, not all deaths are preventable. We must get more comfortable explaining to patients with severe chronic illness what it actually means to be full code and what their alternatives are. We must learn how to guide people to explore their health care priorities and then make recommendations accordingly, rather than presenting an array of unfiltered options bereft of medical context or realistic prognostication. And we have to do it efficiently while still respecting each patient’s autonomy and values. Much like making a birth plan to usher in a new life, there is great benefit in building a death plan to escort someone out.

Doctors need to stop thinking of the end of life as a failure and start thinking of it as a complex biopsychosocial process that we can mediate. If we teach that attitude from day one of medical school, I suspect we will see a more thriving, interconnected generation of physicians who will truly be able to provide patient-centered care in all circumstances. We cannot and should not try to deny the pain and sadness surrounding the end of a life, but we can learn to walk with the people facing it.

Kaci McCleary is a neurology resident.

Health care from the trenches: Change must come from us [PODCAST] 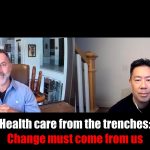 Perfectionism is your nemesis, not your superpower 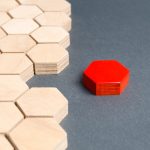