In 2002, two Stanford dermatologists published a study in which they sent a questionnaire to a week’s worth of patients, asking them their preferences for how medical providers dress. The study covered relatively new ground. Two of the four references were the 1970s best-sellers, Dress for Success, and The Woman’s Dress for Success Book. The study also uncovered strong preferences. Patients preferred a white coat, dress shoes, and a “traditional” hairstyle. They abhorred sandals, blue jeans, and when men had earrings or “long hair/ponytail.”

Subsequent studies were more scientific. A 2005 emergency department trial used a “100-mm visual analog scale” and received approval from an Institutional Review Board, which deemed that the outfits in the trial were not heinous enough to put patients at risk. The “100-mm visual analog scale” is a 10 cm line between paired qualities like “unprofessional” and “professional,” on which raters make a mark. This technique allows traits to be assessed with millimeter precision. In this case, it precisely showed that patients don’t care what their doctor wears.

Clothing studies proliferated around the world in a sartorial arms race between doctors who like scrubs and doctors who like formal clothes. A 2014 metanalysis tried to make sense of the morass by combining data from 30 studies and over 11,000 patients. They concluded, weakly, that people tend to prefer formal clothes, although “perceptions of attire are influenced by age, locale, setting, and context of care.”

Team Scrubs was not ready to give up. Weren’t a white coat and tie, those hated symbols of formality, also seldom washed bastions of disease? More scholarly ink was spilled, including one test of the germ theory, in which neckties were soiled with a solution of a hundred-million bacteria per milliliter, then draped across unsuspecting mannequins. Unsurprisingly, some bacteria could be cultured off of the mannequins.

Medical students had their coats swabbed. Obstetricians were randomized to wearing bow ties in the name of science. When the microbial dust settled, a metanalysis found the evidence of ties causing infection weak. A randomized trial in Colorado showed that by the end of the workday, newly washed scrubs have just as many contaminants as seldom washed white coats.

A lack of evidence is seldom a barrier to administrators, and in 2007 the British National Health Service forbid its providers from wearing a white coat or long sleeves. The NHS guidelines, updated in April 2020, still prohibit most employees from wearing these items, although they now allow people with a religious objection to wear ¾ length sleeves.

The updated NHS guideline is a 16-page document, complete with a table of contents and 4 appendices. The rules come off as arbitrary. It forbids employees from wearing more than two identification tags, or earrings other than studs. Stop touching me with your dangly earrings, Karen!

One thing these guidelines miss is that clothing serves a function in hospitals beyond physician patient interactions. In Guns, Germs and Steel, Jared Diamond states that specialized forms of dress arose when tribes grew to the size in which people often encountered strangers. Hawaiian chiefs, for example, had cloaks made of tens of thousands of feathers, allowing them to be recognized immediately, even when far from home.

White coats may be blasé by comparison, but medical organizations are like these societies in that they create a lot of interactions with strangers. Not only do patients need to identify team members, but hospital employees often interact with other employees they don’t know. Whether it’s a nephrologist on the ward or a pharmacy tech checking a clinic’s medications, a lot of medicine occurs away from one’s own department. Having uniforms for providers has obvious advantages over ID badges. Uniforms can be assessed at distance, in 360 degrees and without that awkward moment when people realize you’re checking their nametag.

Furthermore, there is a seldom acknowledged undercurrent to many clothing studies. Dermatologists, some of the more stylish physicians, created a study lauding dressing to impress. ER physicians, typically practical, in-the-trenches types, ran a study that showed scrubs are just fine. There’s a pattern in these studies that falls short of the loftiest ideals of medical research.

Ideally, trials should be done because an investigator doesn’t know the answer to something. Few attire scientists seem to be so impartial. Instead, they seem to be producing objective data that supports how they already dress. In this respect, the explosion in these studies may have more to do with the centralization of medicine, with the growing role of administrators like those in the NHS, than they do with scientific curiosity.

When a dermatologist dresses nicely, it may comfort their patient because the doctor is demonstrating that they know the importance of appearance—and consequently will take the patient’s cosmesis seriously. For an injured patient in the ER, scrubs may be comforting because they know their doctor is not afraid to get dirty. It would be a shame if physicians weren’t allowed to influence their interactions by making choices about their appearance. If clothing research is what is needed to convince administrators to maintain this freedom, then maybe all the trouble is worth the effort.

Christopher Watson is a radiation oncologist and can be reached at his self-titled site, Chris Watson.

When is it ethical to stop a vaccination program? 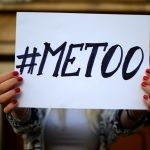