About a year ago, before the pandemic hit, I was at the local fitness center, having just completed a group exercise class, when my former residency program director entered the room. I hadn’t seen him in 20 years. He looked exactly the same, give or take a few grey hairs. We smiled and heartily greeted each other. We’d known each other since I was a medical student. When I did my rotation through radiology as a fourth year, he’d mentored me and encouraged me to pursue radiology as a career. His fervor for his work was admirable. He was young and enthusiastic, with a great smile and sense of humor. I wanted to stay local because my spouse had a great job in the area. He promised me a residency slot outside the formal match and he delivered. He was a hero to me.

But as happens to all of us when trying to climb the ladder of success, we get distracted and our interpersonal relationships take a back seat. Working with him during residency was difficult because his behavior was unpredictable, vacillating between friendly and cold. I began to see him as egocentric. Our special connection faded as I became another “cog in the wheel” left to fend for myself.

Seeing him again, unexpectedly and out of context, my heart started to race. My mind flashed back to my last year of residency when he’d been trying to get tenure and I’d been trying to pass my boards with a newborn. I’d gone to see him for career advice and he’d been short-tempered. All this time later, I felt that same wave of shame waft over me, remembering how inadequate I’d felt; how much I’d wanted his approval but never sensing I’d earned it.

My own insecurities didn’t last long, however, because very quickly, he opened up to me about what he’d been going through the past few years. He’s now in his 60s and had to retire early because of Parkinson’s disease. He’d worked for more than two years without telling anyone at the university hospital about his illness. Worse yet, somehow a neurologist had misdiagnosed him with ALS (amyotrophic lateral sclerosis/Lou Gehrig’s disease) and for more than nine months, he’d thought he was dying. The depression that followed was extremely dark and isolating, something he was able to describe poignantly. When he’d learned he actually had Parkinson’s instead of ALS, he was overjoyed with relief.

He waited until he could no longer perform image-guided biopsies, due to the tremor in his hands, to inform his colleagues of his diagnosis. Without work, he was now devoting his time to maintaining his physical well-being. He was also heavily involved in educating others about Parkinson’s disease, setting up conferences and fundraisers.

He went on to say that, since retiring, he hadn’t heard from any of his former work colleagues. He’d completed all of his education and professional life at the same institution and had worked there for nearly 30 years. Not only had he become a tenured professor, but he’d advanced from Residency Program Director to Executive Vice Chairman of the Department, authored more than 65 scientific publications, and received countless teaching awards. He was, by all meritocracy standards, a “success,” and yet, he felt saddened by his career now.

Although his affect was somewhat flat, likely related to Parkinson’s, it was easy to see his disappointment and hurt in the fact that he’d given so much of his time and energy to career and colleagues, and then poof! As soon as he’d left the building, that whole reality disappeared. The relationships he’d built, the people he’d worked with day in and day out, weren’t as meaningful as he’d let himself believe. His accomplished wife and three daughters had stood by him, even when he’d been physically absent, and had become successful on their own. He felt he’d been left behind. He regretted all he’d missed. He now saw his illness through grateful eyes, appreciative that he still had time to reinvest in his family and repair personal relationships rather than hustling for his worth at work.

As we stood in the gym hallway, me sweaty in Spandex, him in shorts and a t-shirt with a towel draped around his neck, I was overcome by his vulnerability. The hierarchical spaces between Attending and medical student, then Attending and resident, melted away. The power structure no longer existed. We were just two people, talking. Sharing real life. I was so moved and honored to be witness to his story. Our professional relationship seemed irrelevant because now, we were just two equal human beings, connecting again.

It is on this level that I want medicine to operate. I want the hierarchy to collapse. I want the power structures to be dismantled. Because, at the end of the day, at the end of our lives, what matters is our relationships, with each other, with our patients, and with ourselves. In present day, in present circumstances, what role is the hierarchy playing anyway? How are the power structures helping? Who are they helping? Big Pharma? The insurance industry? In my experience, the pecking order has only been detrimental.

It seems to me that we need to dig deep and devise a new Mission Statement, a Manifesto, recentered on what exactly we health care workers are committed to now. What would things look like if we focused on healing ourselves and each other as we tended to the sick? What if we served as societal role models of health and well-being instead of soldiers or martyrs?

The pandemic has leveled the playing field and shown us a new, bold reality, much in the way that having a newborn affects a parent’s life or losing your health shifts your perspective: the big things become little things, and the little things don’t matter anymore. 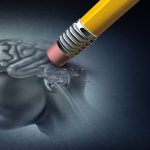 What if the hierarchy in medicine was dismantled?
7 comments