This is all about death.

In early January 2021, my hospital was overwhelmed with COVID-19 cases as the second wave of infections hit our coastal holiday town with devastating force.

The senior emergency doctor contracted the disease and was unwell.  The remaining doctors were stretched to cover the extra load. Our infrastructure was stretched. My measure of how we were coping was based on a few rough gauges:

How many people were lined up outside the emergency department on oxygen?

How many people were in the emergency department waiting for a bed at my or another hospital?

A few weeks later, we added another measure: How many people were waiting for ICU?

We were stretched, no doubt. So I went to see how I could help.

The nurses and doctors knew what they were doing, but it seemed chaotic just because of the sheer deluge of ill patients. We had an empty and accessible ward for those needing urgent care for COVID-19 symptoms. But we did not have the staff.

As I walked through the ward, I discovered the real measure of how overwhelmed my hospital was. There was a dead body in each of many rooms in that empty ward. Our staff was leaving the dead alone in a room out of respect for the departed. Their desire for those in the afterlife was to let them rest in peace with space.

I am not at liberty to give the statistics as they are part of the information that the Department of Health disseminates. But I can tell you how the numbers affected us.

To make space for sick patients, I seconded a porter, and we started moving all the dead bodies into one room. A holding area. As we did this I met some of my operating theatre staff who were delivering a shrouded body to the new holding area. Beds in the ward were at a premium so it was more efficient to move the body to a holding area where the many professional undertakers have taken them away timeously.

That is the switchboard extension the ward staff call to get the RIP (rest in peace) team from the theatre to prepare and move the body.

The RIP team is made up of skilled theatre nurses, scrub sisters, recovery and anesthetic nurses. Once they get the call on extension 4180 they go to the ward where the patient has demised. They check the paperwork. They ask the family if they want the clothes left on or removed.  Then they wrap the body in two layers of plastic, each layer with three patient stickers identifying the body. Then they shroud the body with a white bedsheet. The remains are respectfully transferred to the holding area.

We managed to staff and open the ward the next day, take patients from outside on oxygen, and put them inside a bed on oxygen.

The odd thing is the number waiting outside remained the same for weeks.

It was sobering that the number of dead arriving in the holding area was constant and much more than we ever anticipated. 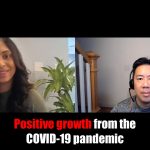