The “model minority” is a term that denotes Asians in the U.S.  East Asians, in particular, have been the target of xenophobic hate crimes and microaggressions since the outset of COVID-19. When a former presidential administration used hate and fear to garner power, it does not surprise me, that Sinophobia runs rampant during these times. The NYPD reported a 1,900 percent increase in Asian-American hate crimes in 2020. As an East Asian female pulmonologist on the frontlines, I have witnessed and experienced racism.  I know I am not alone. I’d like to share from me and my family’s personal experiences. These events most likely would not have occurred if I or my family members were white.  Hard as that sentence is to write, there is sad truth in its meaning and implications.

Earlier on during the pandemic, a patient asked me, “How much money do you think China owes us?” Me being a Chinese-Taiwanese American, who also teaches, and practices mindfulness asked with curiosity, but also feeling a seething, smoldering pang in the chest of concurrent hurt and anger, asked back, “What do you mean by that?”

“Well, because of coronavirus.  How many billions of dollars do you think they owe us?”

Other Asian-American female physicians have shared that patients have refused their care because of their race. One shared that the patient asked for “a doctor without COVID.” And yet another shared that a family member was told to “go back to their own country.”

There is a lot of suffering in silence happening on many levels, but I will not remain silent.  I commiserate, in community with what East Asian women health care professionals may have been enduring during this pandemic.  I need not remind readers about what the stereotypes of  East Asian women are in the U.S., and really in the world.  I know full well that I buck this stereotype intentionally.

When videos of the Asian elderly promenading then being physically assaulted become viral,  there is likely an under-reporting of crimes like this. The verbal abuse that is endured day in and day out is unimaginable. My own father, who religiously used to walk outdoors for one to two hours daily, no longer does this not only because of COVID but because of the sheer verbal abuse he’s endured on the sidewalks.

I’m grateful he lives next-door and is willing and able to help watch my children while my husband and I work.  He used to take my youngest out in her stroller with him on his fitness walks.  He shared a particular incident that has stuck out in my mind—a white person was walking on the same sidewalk,  walking towards my masked father, who was pushing a stroller as he was walking towards this person.  With seemingly no provocation, the person shouted angrily towards my father, “Are you going to move out of the way or what?”

One would think logically and that one might presume that a solo walker with easier maneuverability would walk along the street for a few feet to keep physical distance, but no, instead this person expected, no demanded, that my elderly Chinese-American father pushing his granddaughter in a stroller be asked to be inconvenienced and move for this person. A similar incident occurred when I was also walking and pushing my youngest in a stroller.  I encountered a white person with their aggressive dog who yelled at me to “Stop!” put her hands up angrily as she started walking back towards where she just came from to cross the street. My extended family’s next-door neighbors placed dog excrement in their yard.  As someone who tries to assume positive intent, I honestly cannot help but wonder if these incidents would have occurred if my family members were white.

Alas, it is a fact that since the COVID-19 pandemic started, anti-Asian violence has been on the rise.  Racism against Asians has, like racism in general, been woven into the fabric of the U.S. Let’s not forget about the tens of thousands of Chinese immigrants that helped build the transcontinental railroads at wages up to 50 percent less than that of their white counterparts. There was the Chinese Exclusion Act of 1882, and the 1917 and 1924 Immigration Acts.  Let’s not forget about the Japanese Internment, when innocent people were displaced and imprisoned because of their ethnicity. Other examples exist in history. Other, more heinous acts of violence, racism, microaggression have occurred and continue.

For the “model minority,” staying silent can no longer be an option.  I ask you to call it out.  Speak out.  Share your story.  If you are an ally and witness it, I ask you to call it out, hold space, ask your Asian colleagues, and be ready to listen to the answer to this question: How are you?  Many are not ok.  As uncomfortable as any of this may be, it’s in the discomfort that change may occur.

Ni-Cheng Liang is a pulmonary physician and founder, the Mindful Healthcare Collective.

Lessons about love from the too-often overlooked among us 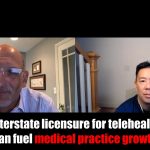