Physicians in general are a pretty intelligent group of professionals. However, we sometimes make the mistake of thinking that we must also know a lot about almost everything because we know a lot about one particular thing. However, given the exploding pace of advancing knowledge, that idea is hubristic. But it isn’t just science and technology where we fall short.

During the COVID pandemic, one of the things most contentious has been the idea of churches meeting in person. Sadly, while many physicians are religious believers, all too many of our colleagues have a very simple, dismissive view of persons who wish to accept the risk of meeting in person.

I’m not suggesting that religious worshippers shouldn’t use caution. And I think there are times when it’s best not to have services. However, for some physicians and even policy-makers, religion is viewed as something akin to a hobby. It is a thing that can be done, or not done, with no real consequence. I have seen physicians assert that churches only stay open to get offerings, or that they simply “sing, hold hands, and sway.” And yet, the reality is far more nuanced than that. And far more essential to the lives of millions; no, billions of human beings.

By way of credential, my church stopped meeting for about three months in the spring. We had virtual church, worshipping from home. (And since we actually understand technology, we sent our offering electronically or by check, unimpeded.)

A couple of months ago, services resumed but with distancing and with three services on Sunday instead of two. Members were extremely respectful of safety measures taken during the lockdown in terms of seating arrangements, an end to children’s church classes, and how we were to enter and exit the church. We even stopped having coffee and donuts! That’s dedication. Then, during a recent increase in regional cases, we stopped services once more.

But why meet at all? Why not simply stay home for 6 months, 12 months, or more? I suppose that question is tied to the idea of why we believe. I speak as a Christian, but the lessons apply to other traditions as well. And the fact is, religious faith, worship of a deity (or deities), is thousands of years old. It may be far older, but we lack archaeological evidence to confirm this. The point is, religion is an ancient and vital part of human flourishing.

Those of us who worship believe that we owe due reverence and obedience to the deity we acknowledge. This is rarely as simple as “keeping out of hell.” It is a prioritization of our place in the universe. And it gives meaning and purpose in a vast world which everyone struggles to comprehend. It is also our way of transforming from the people we are to the people we believe we are called to become in God and how we will ultimately be united with Him.

Practically it is a way of keeping perspective, a way of framing suffering (all the more important now). It is how believers find hope in times of trouble and comfort in the knowledge of their ultimate death. Furthermore, it is how believers find peace with their sins, their guilt, their mistakes. It is a deliverance, a spiritual infusion for the pain that life grinds into us, whether from relationships, grief, sickness, addiction, or the myriad other miseries we endure (and inflict on ourselves and others) over the course of a lifetime.

For many, particularly the elderly or those in remote areas, fellowship with other believers is the only social outlet in their lives. And the hard reality is that virtual worship is not the same as being with others, hearing their voices, seeing them, comforting them. Even more troubling, many seniors struggle with technology and many in rural areas have wi-fi that is too slow for all but the simplest of applications. Online services pose difficulties for all of these persons.

Indeed, one may believe from home or in person but at least in the Christian tradition, we are called by scripture and tradition to corporate worship, corporate prayer, and service. During times of terrible historic persecution, the church has always met and still does under modern regimes brutal and oppressive to the faithful. Given that perspective, that tradition, that lineage, it is not surprising that believers would resist being told that they mustn’t come together.

While many congregations are willing to work with government and public health authorities to improve safety, and many have simply stayed home whether or not their churches were closed, medical and public health experts have a problem. That problem is their disdain for those the experts deem “unscientific” or “anti-intellectual.”

We all recognize that our patients respond better when we show them respect. Whether that means respecting their sexuality, their gender, their race, or culture, all of it shows that we see them as complex human beings rather than as simplistic caricatures of things we don’t really understand. As physicians, we strive mightily to show concern to the heroin addict, the violent assailant, the non-compliant diabetic. And we know that talking down to them, speaking with cruelty or judgment, seldom yields results.

Therefore, given the scope of religious belief in our patient populations, it would be wise for us to step back and realize that worship is essential to our citizens’ lives, identities, and well-being. And given that unquestionable reality, we can influence them best when we show due respect for traditions that are as ancient as civilization and every bit as important to their thriving as managing their blood pressure or explaining the importance of masks or vaccines.

Believers can, and should, do better in managing their risk during COVID. But physicians, politicians, and public health professionals will have more success by embracing the importance of faith than by treating it as a problem to be overcome.

How to (almost) never have a bad shift [PODCAST] 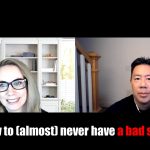 Why do people keep going to church?
1 comments