It was Friday night, and after a long day of grossing, I was ready to leave the hospital when the department’s door opened, and the nurse shouted, “we have a frozen for an emergency liver transplant.” Without hesitation, I took the specimen and called the attending on call. After a few minutes, the surgeon arrived anxiously to our reading room. “We flew all the way from Pennsylvania to get this liver to a dying patient,” he said. It was an unorthodox surgery for a donor young man with a gunshot wound. My attending gave the surgeon the good news that the liver could be transplanted, and everyone in the room felt relieved.

A few months later, the same surgeon came to our hospital with his patient to thank us. He had traveled a long distance to see who had made the decision that night that saved his life. I was humbled, impressed, and overwhelmed by his attitude.

Not many people appreciate or know what pathologists do. Some clinicians view pathology as analogous to an ATM—you put something in, and something spits out. However, the more enlightened clinicians consider pathologists as consultants and partners.

Pathology diagnosis is not as black and white as some believe. As an example, sometimes pathologists cannot distinguish benign from borderline mucinous ovarian tumors on frozen sections. In an adolescent patient, a diagnosis of “borderline” might lead to an oophorectomy and may contribute to future infertility, which is a significant issue.

Pathologists are sometimes pressured by the surgeons and/or the family to make a more definitive intraoperative diagnosis than “mucinous neoplasm, defer final diagnosis for further sampling.” However, oftentimes we cannot go further until appropriate fixation, adequate sampling, and adjunct studies are performed.

Pathology of various organs as a topic is first introduced in the second year in most medical schools, and rarely are medical students exposed to what the actual practice of surgical pathology entails.

Ignorance is often demonstrated by reporting on clinical rounds that “the pathology came back,” which in no way acknowledges the professional interpretation that goes into it, perpetuating the ATM stereotype. Therefore, when a medical student chooses to pursue a pathology residency, they often enter the field with the prevailing misconception that the pathologist immediately knows everything and that it is all cut and dried, or black and white. The trainee is in for a rude awakening.

The pathologist does not always have a definitive clear-cut answer, and pathology is an art as well as a science. Hence, a diagnosis is frequently descriptive, rather than a simple diagnosis of a few words.

Clinicians want specific things from a pathology consultation. They want a short turnaround time and a clear and coherent report, which can be discussed with the patient and correlates with the clinical findings. Unfortunately, this does not always come to pass, particularly with some smaller or disrupted specimens, resulting from minimally invasive surgery.

It takes a cultural change to reach that balance between what pathology and pathologists are, and what the perception about the field is. Medicine has changed dramatically in recent years regarding disease understanding and test diagnosis. In the past year, pathologists played a crucial part during the COVID-19 pandemic and the laboratory medicine field has taken huge responsibility in our hospitals to support every clinical department. Addressing the pathologist’s role on the patient care team should be addressed in medical school early on.

As both patients and physicians, women face discrimination

How ocean plastic picking made me a better pediatrician [PODCAST] 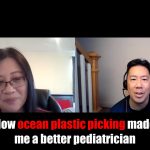