More and more, we physicians have “bosses,” and, as in any field, the quality of those bosses varies widely.

When the White House Coronavirus Task Force was unveiled in the spring, with the president and two of the nation’s leading infectious disease physicians, Dr. Anthony Fauci and Dr. Deborah Birx, standing shoulder to shoulder around the podium in the White House briefing room, there was promise aplenty.  Many believed that this finally represented the emergence of a nucleus of a coordinated federal response to the rapidly accelerating pandemic.

From the breathtaking downward spiral of ineffectiveness that soon followed, however, a fascinating case study in organizational behavior emerged, featuring some of the highest stakes ever faced by any organization, in one of the most public settings possible.

Consider some of the basic elements of this particular case:  employees (Drs. Fauci and Birx) who are generally acknowledged to be more qualified, experienced, and expert in the subject at hand than their boss (Mr. Trump) who nevertheless serve at their boss’ pleasure, and who are all, ostensibly, striving for the same goal.

Dr. Fauci navigated the delicate balance between his obligation to the American people as one of our most respected physician-scientists and holding on to his job in a federal government whose leader doesn’t take kindly to independent thought that potentially upstages his own.  Dr. Fauci not only survived multiple appearances on the national stage with Trump, as the task force morphed into charade, but he even emerged as a popular folk hero, all the while maintaining his status as a respected medical authority.

Despite having ample opportunity to confront the president on his misinformation, Dr. Fauci focused his unwavering attention on mitigation of the virus, refuting Trump’s often puzzling and sometimes harmful pronouncements, without even having to directly acknowledge them.  Testing for COVID-19, he patiently reassured us, does not create more cases — it just lets us measure them.

On the other hand, the (heretofore) equally esteemed Dr. Birx has not fared so well.  Her seasoned public health expertise already undermined by her obsequiousness, when pressed on some of Trump’s more outrageous off-the-cuff medical musings during task force briefings, she weakly offered a wink and a nod, mumbling something about Trump just being Trump — never mind that his flight of ideas occurred in front of the cameras, while addressing the whole country hungry for any guidance from the top.

Two highly esteemed medical professionals, thrown into a very public crisis — one stays true to his principles and duty to country while deftly navigating his relationship with the boss, the other primarily concerned with not making waves, at the expense of the commitment to a larger job description.  One will continue on with the next administration, as a respected key figure in the ongoing public health battle, while the other will retire, merely a footnote in the long litany of Trump administration pandemic missteps, belying the stature of her erstwhile medical career.

While acknowledging that he needed to live to fight another day, Dr. Fauci never lost sight of the fight.

Michael Miyamoto is a cardiologist. 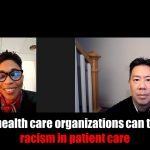 Trauma is ever-present in the practice of medicine

Dealing with a bad boss: lessons from Dr. Fauci
2 comments