My first clinical rotation as a third-year medical student was in orthopedics. I remember the excitement of being scrubbed into the OR, with the gloried task of suctioning while the fellows did the real work. About 30 minutes into the surgery, when things were getting underway, a male physician scrubbed in and took the tool away from me — I grabbed it back, letting him know I had the suctioning under control. After he left a few minutes later, the fellows ruefully let me know I had just met the chair of the department! Luckily, he took my assertiveness for enthusiasm and we hit it off. For a few weeks, I was convinced orthopedics was my career path — until I sat with my professor, and he shared that, while I could certainly pursue orthopedics, he wouldn’t recommend it for his daughter — or me. Now, I have no doubt that this faculty’s advice was given with the kindest intent, but it persuaded me to look to more “female-friendly” fields as an impressionable student. Besides these misguided mentorship moments, women experience overt harassment during their training and beyond. These formative experiences have a trickle-down effect that results in not just inequity for women in the field of medicine, but ultimately for all women interfacing with the medical field as patients.

Studies show that women have worse health care outcomes from acute coronary syndrome compared to men, even in 2020. Given that heart disease is the leading cause of death amongst women of all ages, leading to approximately one death per minute in the U.S., identifying the barriers to care is crucial. In a well-known study published in NEJM, primary care physicians evaluating actors presenting with chest pain were less likely to refer women for cardiac catheterization than men. Because these patients were carefully designed to be identical in age, risk factors, and symptoms, and followed a script standardizing patient communication, it seemed that physician bias based on gender accounted for the different treatment recommendations. There’s abundant data that perception of gender and heart disease impact cardiac outcomes. For example, women present later for care, and are less likely to have diagnostic testing such as EKG and troponins, coronary revascularisation, and secondary prevention medications.

Part of changing bias comes from who’s sitting in the decision-making chair; as the late Ruth Bader Ginsburg said: “Women belong in all places where decisions are being made. It shouldn’t be that women are the exception.” But like my own experience in being shepherded away from orthopedics, there is a paucity of women in the field of cardiovascular disease. While internal medicine trainees are evenly split by sex, less than 20% of cardiology and 9% of interventional cardiology fellowship trainees are women. A study by the Women in Innovations group found that women account for only 4.5% of practicing interventional cardiologists and perform <3% of angioplasty procedures in the U.S.

Women are not only underrepresented in many specialties, but also are missing from the C-Suite. Women make up 70% of the global health workforce but hold only 25% of senior roles, whether looking at CEOs of Fortune 500 companies or deans of medical schools. The 26% pay gap between male and female salaries also exceeds other work sectors; and can’t be accounted for just by differences in hours spent seeing patients. The pandemic has reigned back any progress made, as women are more likely to sacrifice work productivity to take on added responsibilities at home with kids doing virtual learning or aging parents needing care. The historic and persistent domination of medicine by men — witness the monotony of the portrait subjects lining auditorium walls and hallways of esteemed academic centers — translates into men and women patients being treated with a one-size-fits-all approach. Women need to have an equal voice in decision making at the most senior levels.

And women are leaving medicine — in part due to widespread discrimination and harassment. The #metoomedicine movement raised awareness of sexual harassment in a system where white coat hierarchies are deeply ingrained. A publication earlier this year reported that 60% to 80% of the faculty in a major academic health system experienced some form of sexual harassment. Similar rates were reported in a tertiary referral center in Berlin, Germany, with an association found between sexual harassment and strong institutional hierarchies — all too prevalent in medicine where the length of your white coat indicates your rank.

Perhaps most disturbing, a significant amount of literature indicates that medical trainees, a vulnerable population due to the inherent power imbalance with the faculty who evaluate them, are at risk for sexual harassment. The 2018 AAMC Graduate Questionnaire found that 5% of graduating medical students reported unwanted sexual advances, and 16.5% were subjected to offensive sexist remarks/names.

Women are also missing in the discovery of scientific findings that could lead to change in health care. On the research front, both the percentage of female investigators and subjects don’t add up. For example, only 1/3 of cardiovascular clinical trial subjects are female, and of these studies fewer than 1/3 report outcomes by sex. On the dissemination side, women account for low percentages of journal editorial boards and published first authors.

These enrollment disparities are also an issue when it comes to the pharmaceutical industry. Just 34% of participants in studies leading to FDA Drug Approval are women, with drug studies in cardiac conditions including the fewest women. From a biological perspective, diseases manifest differently by sex, and therefore the lack of women in trials means they may not be getting the most appropriate treatment. Based on reviews of the Adverse Events Reporting System, women experience more adverse events than men, and those adverse events are more serious in women. And given that drug dosing recommendations aren’t modified by sex, the average 40% difference in pharmacokinetics between men and women means that women are getting treated at doses that may be drastically wrong for their bodies.

The past year has been filled with news about inequity, discrimination, and oppression. Just like the Black Lives Matter movement is a “fight for Freedom, Liberation, and Justice that impacts all humans,” the call for equity for women in health care is a fight for personalized care for all that eliminates rigid norms and recognizes the need to treat the individual. In 1849 Elizabeth Blackwell became our country’s first female doctor; in 2019, the incoming medical school class tipped in favor of women. It’s time to make sure women are represented and treated with respect, in all fields of health care, in leadership, and in research. Until that happens, the health of all women will suffer.

Is pathology an ATM machine? 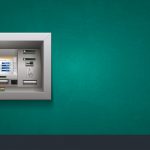 As both patients and physicians, women face discrimination
2 comments