To say that I grieved in the months following the unexpected death of my husband is an understatement. I couldn’t sleep. I couldn’t eat. Thirty pounds evaporated from my 5’ 4”, 130-pound frame. Incessant crying left me dehydrated with cracked, bloody lips.

Too soon, financial and professional pressure forced a return to my anesthesia practice. To the outside observer, I appeared functional; I was, in reality, suicidal.

Between cases, I’d cry in the bathroom. During cases, I’d trouble-shoot my plan, like any well-trained anesthesiologist.

As doctors, we try to prevent suicide. We tell patients if they’re suicidal, tell someone, so I told everyone — my partners, my surgical colleagues, the nurses. When they asked how I was doing, I replied quite bluntly that I was suicidal. And the conversation would end in awkward silence.

Rather than respond with concern and empathy, my partners convened a meeting to inform me I had to stop telling the staff I was suicidal because it made everyone uncomfortable.

Their discomfort outweighed any concern for my well-being.

I felt completely and utterly alone.

The high rate of physician suicide is often attributed to the obstacles doctors face in seeking mental health care: fear of professional reprimand, loss of licensure, the stigma of mental health issues. While these concerns are valid, I posit much of the problem stems from our cultural indoctrination in medicine.

Medical culture is rife with dysfunction and machismo. We’re taught that a good doctor is self-sacrificing.  We neglect– no, we deny –our basic physiologic needs for food, water, and sleep to care for our patients. Self-deprivation is our badge of honor. We belittle those who complain about the difficulty of night call by saying, “If you’re only on call every other night, you’re missing half the good cases,” as if needing sleep were a character flaw, and hunger revealed a lack of dedication.

From day one, we are actively discouraged from seeking help. We hide our anxiety when senior residents send us to evaluate a patient or perform a procedure. They offer support, then undercut us, saying, “Call if you need help, but remember, calling for help is a sign of weakness.”

If I can’t ask for help placing an epidural, what are the odds I’m going to ask for help when I’ve got a gun to my head or a syringe in my hand?

That reluctance to call for help has deadly consequences.  ACGME statistics reveal suicide rates for male physicians are 1.41 times higher than the general population and 2.27 times higher for female physicians. Anesthesiologists are at the greatest risk, committing suicide 2.3 times more than surgeons and 5.5 times more than internal medicine doctors, according to Pamela Wible, MD, a doctor dedicated to eradicating physician suicide.

But what about those of us who do reach out? Why is there such deafening silence from our colleagues and co-workers? What are the obstacles to intervention? I think the obstacles are both unique to medicine and common to the whole of society.

Our professional hierarchy possibly prevented nurses from reaching out, afraid of overstepping boundaries.  My answer to that is to empower everyone to intervene when they see someone struggling.  Just as with our safety “time-out” in the operating room, set the expectation that you say something if you see something. Most especially, say it to the person suffering. Let them know you see their pain and that they’re not alone.

My male colleagues may have hesitated to inquire about my mental state for fear of seeming patriarchal or offending me. To this, I say don’t be afraid you’ll be offensive. Would you rather accidentally offend someone or attend their funeral?

The legal duty to report an impaired physician may have contributed to the silence. Perhaps my colleagues thought if they didn’t acknowledge my suicidality, they wouldn’t have to report it to the medical board, a perverse version of “Don’t ask, don’t tell.” In that regard, I’m lucky no one reported it, and I still have a medical license. The fact that suicidality can threaten our livelihood–especially situational suicidality as in the case of acute grief–is a travesty and a bigger topic than I can address here. The fact remains that I did not pose a threat to my patients. I was suicidal, not homicidal; I was in pain, not impaired.

But the core of the silence is not unique to medicine. It’s the very human discomfort of not knowing what to say and not knowing how to fix it. I’ll let you in on a secret: You can’t fix it, but how you respond makes a huge difference.

The response I heard most often and which I beg you not to say was, “You can’t do that.” It ignores the glaring reality that actually, I CAN. Thinking you can prevent suicide by saying it’s not allowed is like forbidding sex to prevent teen pregnancy.  When someone says they’re suicidal, they’re not asking you to talk them out of it. They’re asking you to bear witness to their pain. The best response was the friend who said, “Well, you can do that. It’s a crappy option, but it’s an option. But tell me why you want to kill yourself.” For the first time, I felt heard. Really heard. By the time we got off the phone, my sorrow was eased, and my desire to die less urgent.

My advice: If someone’s grieving, talk about it. Don’t be afraid to upset them. They’re already upset. By asking, you give them an outlet. And if you’re worried someone is suicidal, by all means, ask them. Trust me; you won’t be putting ideas into their head. But you might keep them from putting a gun to it. 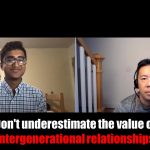 This physician was suicidal. Her partners told her to shut up.
6 comments