For the winner of any election, the moment of victory brings joy, applause, laughter, relief, and often champagne.

Losing the presidency, however, is felt like a crushing defeat. The hours of travel, giving speeches, campaigning, fundraising, stress, and sleepless nights are all for naught. The feeling of defeat is experienced by the candidate and their support staff, family, and the millions of people who believed in them and thought they would win.

One of the most memorable losses in recent history was in 2016. Hillary Clinton started Election Day ahead in most of the polls, with the opportunity to be the first female president on the line. This was followed the next day by calling her opponent Donald Trump to concede the election.

Losing an election by any margin is difficult, but losing as the incumbent, as Herbert Hoover in 1932, Jimmy Carter in 1980, and George H.W. Bush in 1992 did, is probably even harder. Especially since an incumbent president, statistically speaking, is much more likely to win.

History records not only the loss of an election, but also how the losing candidate handles defeat. In the 2008 election against Barrack Obama, John McCain’s concession speech is arguably one of the most heartfelt concession speeches in history. Even in the face of losing a historic election, McCain was able to speak of unity, prosperity, and hope for our nation’s future. During his speech, he said, “It’s natural tonight to feel some disappointment, but tomorrow we must move beyond it and work together to get our country moving again.” He also gave moving remarks about his challenger, “I wish Godspeed to the man who was my former opponent and will be my president.”

How someone handles wins and losses reveals much. Competition does not create character. It unveils it. Both winning and losing gracefully are skills all humans need. Why? Because anytime people are on opposite teams — there will inevitably be a winner and a loser. Losing is an unavoidable part of life, even for the most successful people. None of us can traverse through life without ever facing the experience of defeat.

In the face of loss, how do you want to be remembered?

A nontraditional approach to fear and stress [PODCAST] 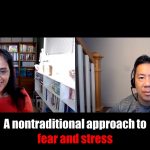 What presidential elections can teach us about losing gracefully
5 comments