No matter which presidential candidate you voted for or which political party you belong to, we women should stand together unified and proud in knowing that for the first time, a woman is going to Washington, DC, to serve as the vice president of our great nation.

It is truly a historic moment for all American women and makes the possibility of a woman as president of the United States one day so much more plausible. (It’s something I’ve dreamt of seeing ever since I was a little girl.) And even more historic is that Senator Kamala Harris is a black woman with a multicultural background, the daughter of an Indian mother and a Jamaican father.

In an interview, Harris quoted her mother as saying, “Kamala, you may be the first to do many things, but make sure you’re not the last.”

While Kamala Harris has shattered the glass ceiling for women all the way to the vice-presidential office of the United States, we can’t allow there to be only the occasional unicorns who make it to positions of power.

As her mother advised Kamala, the same thing applies to us in medicine. Just because we have a few women doctors in national, regional, and organizational leadership positions or in traditionally male-dominated fields within medicine, such as neurosurgery, for example, we must be careful not to think women in medicine have arrived.

We must continue to work to create gender equity as here is where we stand today: A significant gender pay gap still exists in medicine where women doctors earn up to 33% less than their male counterparts. Even though women make up 36% of practicing doctors in the country, only 15% of women doctors are department chairs. Among women doctors who are also mothers, 78% felt discrimination. All of this is leading to 48% of women doctors reporting burnout, and 22% of female physicians admitted thoughts of suicide this year right before the pandemic hit our shores.

As a nation, we cannot afford to lose doctors to professional burnout and suicide, especially in the midst of a global pandemic worsening and hitting record numbers throughout our country in recent weeks.

There is no doubt that a leaky leadership pipeline in medicine, and the physician community needs to make sure that more women come through the ranks. We need #HeForShe allies to ensure that any qualified and interested woman should have leadership opportunities available to them. And for those women doctors in leadership positions already, they have a responsibility to see that more women can serve in those roles in the future.

There certainly is much healing that needs to happen in our country after a polarizing and bitter election cycle, but because of vice president-elect Kamala Harris, what I have is hope for the future of women and people of color. As president-elect Joe Biden did with his running mate Kamala Harris, it will take men and women doctors working together to bring about gender equity in medicine. But that path is possible if we work together to let not Kamala Harris be the only woman to reach such heights, but the first of many.

Archana Reddy Shrestha is a physician life coach, author, and co-founder, Women in White Coats. She can be reached on Instagram @womeninwhitecoatsblog. 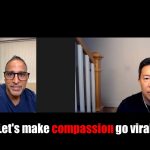 Physicians are drowning in electronic information 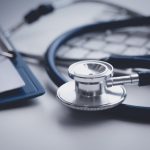