An excerpt from The Diamond Rose: A Sentinel 10 novel.

Amanda waited until evening before dressing in her scrubs and heading to the hospital to visit Mr. Khananian, partner to the second victim, Martin Campbell. She rationalized that by going late, there’d be less chance of running into someone she knew. She made it to the elevator and was relieved when the doors slid closed. “One step down,” she murmured. How many left to go?

The doors opened onto the sixth floor and she walked down to the unit, which had restricted access and required a special pass. “But nothing’s off-limits to a Sentinel 10,” Amanda told herself, forcing a confidence she barely felt. She felt like such an imposter. She had to remind herself that although she might not have much Sentinel experience, at least she was an actual anesthesiology resident. She summoned her courage and pushed the buzzer to alert the nursing station to her presence. She was buzzed in immediately.

“Hi! I’m an anesthesiology resident, here to do an ECT consult on a Davit Khananian,” she said with a smile, her confidence returning. “Can I see his chart?”

The attendant nodded and thumbed through some files in a Lucite holder attached to the wall over his desk. He handed her a clipboard without asking any questions.

She thanked him and read through the notes as she went to find Mr. Khananian’s room. She learned he’d been admitted the very day after his partner’s suicide, brought in by the police, who had found him cowering behind a bus stop near his house. He had apparently been rambling about a black dog that was after him. According to the notes, it appeared he had not stopped talking about the phantom dog since. She paused in the hallway to read the recent entries more closely.

The patient hallucinated again last night. Same black dog with human eyes. Persecutory delusions about lawyers. Believes the dog killed his partner. Has delusional guilt. No SI, no HI. Eats very little. His sleep is frequently interrupted by the hallucinations.

No response to Ola. Keeping venlafaxine. Patient was reported to be crouching on the floor, howling at the window last night. Instances of bizarre and disorganized behavior were also noted during the day, e.g., walking on tiptoes in the hallway around something invisible, then running down the hall, screaming.

Yup, Amanda thought. He’s not doing well at all.

She walked down the hall, passing by the TV lounge. It looked fairly normal, almost cozy, without the offensive smells found on the other medical floors. Unoriginal poster prints hung on the walls. One was of a fish leaping out of the water. Another depicted a posy of flowers. Must be therapeutic in some way. Khananian’s room was at the end of the hallway, the door ajar. Almost unconsciously, her steps slowed.

The patient was sitting on his bed, looking out the window. He turned around when she knocked.

“Mr. Khananian? I’m here to do an evaluation for your next treatment. I need to ask you a few questions.”

“Anesthesia?” he asked, eyeing her badge as she approached. “Yes. Please put me out. Just put me out. I can’t take this anymore.” He might normally have been a handsome man, dark-haired with large brown eyes, but his face was drawn, and his eyes were glassy with fear.

Amanda remembered to switch gears. She wasn’t actually here to do a consult. “What happened, Mr. Khananian? Why are you here?”

“They killed him,” he said, his expression flat. “Now they won’t leave me alone. It will come again tonight. It comes for me every night. I don’t know why they killed him. Martin never hurt anyone.”

“It had to be the lawyers. They came over the day before the dog showed up. The young man gave him a card. I walked in on them, and—”

He was rambling. She tried to refocus him. “Okay, hold on, what were these lawyers doing?”

“Who?” He stood up, and she realized he was a short, stocky man.

“The lawyers, Mr. Khananian, the lawyers.”

He stared at her blankly, no thought registering in his features. She gave him time to respond, but he merely changed the direction of his gaze, looking down at his shoes. After another few seconds, she asked, “What was on the card?”

He lifted his eyes to her again, blinked, and sighed, then began moving toward her slowly, tears in his eyes. “There was something black on it,” he whispered. “And when Martin touched it, it stung him. There was a little streak of black, like a greasy spot, on the card. I picked it up afterwards. It was hard to wash it off my hands.”

Great, they were getting somewhere. Finally!

“Did they give you their names, Mr. Khananian?” When he shook his head, she said, “No? What did they look like?”

“The guy looked Italian. He was so young. Early twenties. He was tall and slim. He was with a girl, a blonde.” He looked up at Amanda. “But she didn’t look like you. She looked like him. They could have been twins.”

“And what else do you remember about the card?”

“There was a W and C, in gold letters on the back.” He paused, his eyes narrowing. “Why do you ask?”

“I’m just trying to understand what happened.” Seeing that he’d gotten suspicious, she plunged ahead with the pretense of the consult. “Okay, Mr. Khananian. Let’s have you sit back down on the bed so I can examine your neck.”

“Because your next treatment requires general anesthesia. We put you to sleep, like for a surgery. I have to make sure we know what your airways are like.”

His eyes glazed over. “Yes,” he said. “I need anesthesia. That’s what they do to dogs. It’s the right thing to do.” He looked placid and indifferent again. She didn’t argue. He came back to sit on his bed, his hands dangling over his knees. Amanda was about to ask him to open his mouth, so she could see the back of his throat and assign him a Mallampati score. She’d make a realistic entry into the medical portion of the psychiatric chart, as if this were a real consult, with an unrecognizable signature. But just as she bent down to look, he thrust his neck forward and lunged at her hand, his jaws wide open to bite. On pure reflex, Amanda jerked back and used an energy surge to block his face. Her control was still developing, and the surge pushed him head over heels across the bed. He landed on all fours near the wall, under the window.

Amanda stared at him. That’d been a close call!

Khananian was getting up, seemingly unharmed, so she hurried out of the room in a fast walk. One glance over her shoulder told her that the deranged man was coming after her. He began screaming, “Put me down! The dog wants you to put me down!”

Amanda took off, running toward the nursing station. The nurses were already out, alerted by the commotion.

“He just tried to bite me!” she explained.

The closest nurse, a woman in her sixties, with graying hair and blue eyes behind little glasses, clicked her tongue in dismay. “Dear me, he’s never been violent before,” she said, almost apologetically, as she began dialing the phone. “Dr. Owoeye? Sorry to disturb you, this is Kimmy. I’m calling because Davit Khananian just tried to bite someone. Yes, it’s okay, but . . .”

Amanda didn’t want to stick around in case the resident on call started to ask questions. Walking away, she imagined the next chart entry: “Patient attempted to bite the anesthesia resident. Resident unable to finish ECT consult.” All in all, just a normal day in inpatient psychiatry. Nothing to it.

Daniela Valenti is a psychiatrist and author of The Diamond Rose: A Sentinel 10 novel. 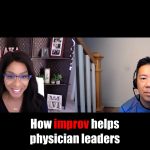 Is there a role for vitamin D in the treatment of COVID-19?