This question resonates in my mind each day I pass through the prison gatehouse.  The gatehouse is a physical barrier and a mental one, separating the outside from the inside, seceding the lives of people who guard and care for inmates from the lives of those within.

Each morning, the gatehouse is abuzz with activity as people file into work.  It’s like going through airport security.  Every single day.  If you don’t time it just right, you’ll be in line for a while.

Amid the pandemic, the prisoners’ isolation grew; it paralleled the isolation I felt.  Visitation had ceased, and inmates were confined to their quarters.  To make matters worse, because of a safety issue surrounding cell phones within prison walls, these were considered contraband.  My digital isolation amplified the physical and mental one.

Rumor has it that the SARS-CoV 2 virus was brought into prison via inmates who were on a work-release program.  Allegedly, they boarded a city bus with a driver who was ill.  From there, it crept beyond the work-release camp and wafted over to the general prison population.  The Pandemic had reached this impenetrable fortress; a tiny virus with no proper consideration of human incarceration rules.  It had failed to stop at the gatehouse.

Traditionally, due to prisons’ nature and the nature of convicts, infectious illnesses do have a presence in prison systems.  SARS-CoV 2 is no exception.  As the prison alarms rose from orange to red, and new hotspots named, the direness increased.

Then, prison life’s ebb and flow ceased and came to a complete halt.

Similarly, in the free world, those who had no convictions or felonies became imprisoned in their homes.  When once, a workday end meant freedom as we left the gatehouse behind, now it only meant further seclusion.  Prison had crept outside the gatehouse.  We left one boiling pot only to enter into another.

How to find joy in prison?

I did what came naturally.  I stopped listening to news incessantly or following the ever-changing medical landscape and the schizophrenic responses to the virus that could not be stopped at the gatehouse.  I listened to what made sense, knowing that we would have a clearer picture and a vision of what needs to be done when the dust settles from this fallout.

I also started baking, although I concede, this isn’t an original thought.  I was a novice baker, once having failed at making chocolate chip cookies (eight years ago and seven attempts!).  In fact, the mixing bowl had been re-purposed into a dog water receptacle.  I threw my hands up in despair.  Too much science and precision, I found myself saying.  But this time around, I found the perfect thing to occupy my mind.  I allowed it to focus on technique, on proportions, because domestic ovens lie about the temperature they say they keep.  I learned how to say (and make) pate a choux and stuff it with the most delicious fruit and savory creams.  I allowed my mind to settle, to be quiet, to be, to live the moment.  I kept calm and soldiered on, returning each day to the prison gatehouse, where life is abuzz with noise, comings, and goings, with the gossip of the lives of those who call prison their second home.

I treasured friendships, found lost ones, picked the battles to fight, and continued baking terrible cakes. 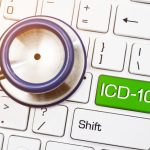 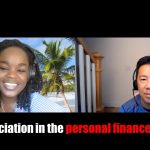 How to find joy in prison
1 comments