After I retired, our regional medical center realized they had accumulated scores of physicians of major capability and stellar professional reputation whose careers had either concluded or entered their closing years. Though I had retired from a different institution, I had been on staff there for twenty years, so they graciously absorbed me into their newly created senior physicians advisory group.  Its purpose and activities remain in evolution with periodic divergences of interest between the sponsoring large institution and its assembly of senior physicians.  People like us invested considerable identity in being physicians.  Our formidable training and practice became life’s adventure.  “Dr. or MD” will appear on many of our tombstones.  Not seeing patients or letting our licenses lapse imposes a vivid reflection of our late-life trajectories. Many of in this group found ourselves displaced from the practices we created, dependent on our hospitals for both employment and professional identity.  Unlike professors, we don’t get titled emeriti.  My hospital even confiscated my ID badge on my final day.  As Professor Michelle Silver noted in the physician vignettes of her book Retirement and Its Discontents, those retirement testimonials we receive from our hospitals are not entirely jubilant.

By design, we assembled monthly with a program coupled with a sandwich and schmoozing.  Previously invited non-physician speakers had gained public prominence in work that keeps people of our age engaged.  One meeting sought our input in critiquing a hospital proposal to implement a process of mandatory cognitive testing at age 70, assessing a variant of prototypes being developed and reported at other dominant medical centers.  It was not well received, especially by the group expecting a contracted neuropsychology agency representative to set up a testing appointment. We display recreational talent among us too.  One retired surgeon expanded his devotion to art and photography.  Another wrote a book tracing her distinguished career from its fragile and not always successful beginnings.  Though doctors of all ages have worked diligently during COVID-19, including those in this group not yet retired, our group gatherings became expendable.  Unlike Broadway, where the show must go on, talented musicians’ long-anticipated performances within our group received an indefinite rain check.

Though I judge myself almost an expatriate, an invitation arrived from the director, who also worked elsewhere the majority of his career, to undertake one of this winter’s presentations.  As his long and loyal friend, I reserved a month not too far distant, promising a topic about six weeks in advance.  I’m flattered but puzzled by the invitation, with a much thinner CV than many others. My retirement came before coronavirus bludgeoned our medical institutions though after the EHR mandates and burnout bludgeoned us.  I might classify as partly participant, partly spectator, maybe escapee, or more harshly, a defector from the medical world.  Once accepting the invitation, I solicited my electronic friends for topic suggestions, anticipating people on the receiving end of my directness could identify something interesting about my perspectives. No responses. Among my recent pandemic confinement pastimes has been watching TED talks, about 10 a week.  For the first 50 or so, I selected subjects of interest to me.  For the next 50, I followed the alphabet two per letter, on technical subjects where I lacked any personal identification or professional background.  An expert can talk about any subject to anyone if he has proficiency. Maybe there’s a hidden lesson from our high school debate coach who assigned participants their positions, sometimes archaic stances long since put through history’s shredder, that anything can be expressed in a meaningful way with a little background preparation. Sifting through potential topics of interest to that audience took a few days, accumulating a basketful of inept possibilities to generate a few realistic options.

Most career physicians share some blend of commonality accentuated with uniqueness, even quirkiness. Several personal pursuits enriched my years as a doctor that reinforce my self-worth indefinitely.  For decades, I recorded my thoughts in a journal, five spiral notebooks until electronics enabled public blogging free from an editor’s scorn.  I’m a relic of Hebrew school but with a capacity to read the liturgy and scripture in the original and take my turn in the synagogue limelight.  Loads of topics there. Everyone deserves an outlet outside their profession that can become a PowerPoint session. While raconteur options abound, the best purpose of this group is not to showcase participants but to express satisfaction with a niche that we have but did not create.  Or maybe we did create some of it?  We all have a medical inheritance, those teachers who imprinted what we do.  We shaped medical descendants too, those residents who became junior partners and, for me, children who share my calling.  My generation, and every generation before and after, functions in part as a bridge.  If younger doctors kvetch about following protocols, we seniors in that room helped develop them.  If payers impose financial oversight, our generation mastered sophisticated but costly imaging, unimaginable surgery, and enabled people to live longer with their chronic diseases on the upside and gamed our systems on the downside.  Our careers reflect advancement plus a measure of correction.  We expected new medicines, more external oversight, and maybe even computerized records.

Moreover, our retirement is not our parents’ retirement. My interface with literature, art, religion, science, commerce, and world cultures fits in my shirt pocket.  Allowing for a slight pandemic disruption, my car, and my credit card can get me most anywhere.  Remembering patients reaching their retirements, keeping a doctor’s appointment cannot be a prime social destination for anyone.  And they know what I think about those senior discounts at the all you can eat buffet. That connection to cyberspace in our pockets enables our retirement aspirations to take a very different path from either our parents or our patients, never assigning concluding years to mope of mistreatments past.

So what should I talk to a group of late-career physicians about?  Not about me. To borrow Mayor Bloomberg’s themes from my son’s commencement: retirement updates, independence, honesty, accountability, and innovation.  These maintain the same things physicians have always done intrinsically, even when the daily work schedules have disappeared. They needed a formal title: The World in My Shirt Pocket:  Not My Father’s Retirement or My Son’s Medical Career.

Is it safe to see family over Thanksgiving? And other holiday pandemic tips. 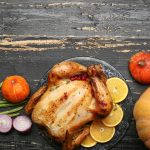