It took me 47 years to hear those two devastating words, “You’re fired.”

It’s not like I didn’t have a slew of jobs before becoming a physician.  I cut lawns and raked leaves as an early teen; I worked in a fast-food restaurant when I was 14 using my older brother’s ID, I worked in a carwash one summer, I even worked for a national department store. I was always polite, honest, and a genuine hard worker. I rarely complained and felt a real sense of accomplishment when completing tasks. In each circumstance, it had always been my decision to terminate my employment. So, imaging my shock when, after fifteen years at the same institution as a physician in a private practice multi-specialty clinic, I was called in and blind-sided by the CEO and president of the board.

OK, so I wasn’t exactly fired as a doctor.  In the last four years, I have become deeply involved with the improvement of my institution. As a mid-career physician, I was looking for a challenge. It started out small and rather undefined.  I was tagged to work with physicians to help improve patient satisfaction scores. My employer saw the potential financial benefits of having someone champion this metric. Improving surveys seemed a quixotic task, as doctors frequently neither liked nor trusted their critiques from their patients. This became the basis for the initiation of multiple programs.

I, and my team of administrators, started small. I had no formal training outside of medicine, but I read a lot and believed I had a workable plan. We contacted a nationally recognized academic institution, which then led to a series of conferences on physician communication. Scores improved, easy success. We then started a shadowing program, having high scoring doctors follow more challenged physicians to observe patient interactions and make suggestions about improving verbal and non-verbal communication. A gateway to greater empathy in patient interactions. Low hanging fruit, more improvement, more success. It quickly became apparent, however, that improving the patient-physician relationship was only one interaction of a much more complex algorithm.

The substantial numerical improvement in patient survey scores that was desired would require improvement in staff-nurse-doctor-patient relationships and every permutation thereof. In other words, a paradigm where everyone improves the whole process by interaction with one another.  Satisfaction, I was often quoted as saying, does not exist in a vacuum. We looked at ways to improve employee and physician engagement. The ultimate hope was that this strategy was not just for the purpose of improving survey scores, but a chance for a change of the entire clinic’s culture. The job grew, and was assigned an official-sounding title, chief experience officer.

I recall not really wanting to call attention to myself but just enjoying the transformation I was part of creating. Real change takes patience, like steering a big ship, small imperceptible changes translate into large changes in the arch of planned navigation and, ultimately, the destination. I often grew impatient with the process, but my team of administrators was patient and encouraging. The job grew some more, and we started talking about sharing the comments of our patients on the internet. We hoped to stay ahead of the numerous uncontrollable physician feedback internet sites and be more transparent with the community. Transparency was a scary proposition and not without controversy, but I wanted my colleagues to take their patients’ voices seriously. We developed an appeals committee to listen to our doctors and not publish anything that was litigious, slanderous, or unreasonable. We partnered with a nationally recognized business management company at my request. This was also new ground for me as I had never proposed a strategy that could have a significant cost to the organization. Basically, in my physician job, I rarely asked for anything.

I was astounded and thrilled when the clinic’s board of directors agreed with my proposal. We started programming to better train our clinic managers with essential leadership skills. We got employees to focus on accountability and rally behind organizational goals. We had teams of managers volunteering their time to assist in the improvement of the entire organization. We were humming along even with the multiple roadblocks created by COVID. Just as the crescendo of activity was returning from the ashes of the pandemic … BAM. As swift, unpredictable, and catastrophic as a lightning strike, my fate was sealed.

You are firing me? Yes. From what exactly? All of it. So, you do not want me to be involved with any of the quality programs that I have initiated? That’s right. You didn’t call me here to offer me a medal or a monument? No. If this scenario seems unbelievable, like I’m leaving something out, unfortunately, I am not. No explanation, no conversation, no pleading my case. It was disheartening, to say the least, a completely unanticipated betrayal. I had sacrificed my time and energy to what I believed was a universally beneficial cause. I believed my efforts well exceeded any compensation I had received or transgression I could even fathom. Maybe that was part of the problem. I undersold and undervalued my contributions.

I learned a new word today that was very fitting: anomie. It means personal unrest, alienation, and uncertainty that comes from a lack of purpose or ideals. It is often used by anthropologists to describe the chaos created by civil war. I wish I could tell you it turned out alright. I wish I could tell you that it was just another bump in the road that leads to even better things, but I do not have enough distance and perspective to make that conclusion. Don’t let the successes go to your head or the failures go to your heart. I always encouraged physicians who received a bad patient review to try and use it as an opportunity to take self-inventory and change. I plan to follow my own advice.

Brian Rifkin is a nephrologist. 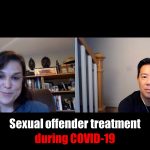 Expanding the osteopathic concept for the health of all things