The recent death of Justice Ruth Bader Ginsburg has brought immense attention to the future of the Supreme Court with the scrutinized nomination of Amy Barrett amid the COVID-19 pandemic and upcoming presidential election. As an oncologist and public health physician, however, I cannot help but to focus on the medical causes of her death rather than the political consequences and see a stark contrast in her passing from cancer at the age of 87 when compared to the recent death of actor Chadwick Boseman from cancer at the age of 43.

Separated by less than a month (Boseman on August 28th and Ginsburg on September 18th) and both due to gastrointestinal cancers (Boseman had colon cancer and Ginsburg had pancreatic cancer), the situations of Ginsburg’s and Boseman’s deaths is emblematic of the racial disparity in American health outcomes.  These are just two cases; however, Boseman was a Black American and was diagnosed with stage III colon cancer at the age of 39 while Ginsburg was a white American and fought three separate primary cancers of different stages in multiple bouts – colon, lung, and pancreatic – starting at the age of 66. It is worth point out that Ginsburg successfully battled colon cancer, whereas Boseman did not.

The outpouring of media attention following Boseman’s death has highlighted the racial disparity in cancer outcomes. However, Ginsburg’s recent passing at an age over twice that of Boseman’s age makes this issue all the more raw and salient in a year full of reflections on race and equality.

These disparities hold true across all the gastrointestinal cancers, including pancreatic cancer, which ultimately took Ginsburg’s life. In fact, these disparities hold true for nearly every cancer of any site. The roots of this are complex and interrelated, tracing back to unequal screening, access, and even trust in the health care system. But regardless of origins, I see closing the disparity gap in cancer care as a largely neglected issue as malignancy remains a top killer in the U.S., claiming 600,000 Americans yearly, second only to cardiovascular disease. And while COVID-19 occupies much of the public’s attention nowadays, the threat of cancer remains constant.

While individual outcomes do not necessarily follow the broader population trends, the story of Ginsburg’s and Boseman’s disparate battles as patients offers us a modern Charles Dickens story, “a tale of two cancers” in the U.S. In the current race consciousness across the nation, attention towards correcting these cancer disparities is as fundamental to Black lives mattering as police reform and voter empowerment.

Adeel Khan is a hematology-oncology fellow.

Why politics has a place in medicine 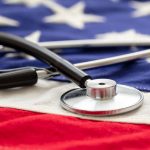 Power at the top of health care in America 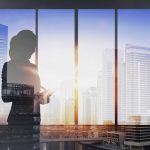