He reminded me of a pit bull, this sometimes cantankerous but always fascinating World War II veteran. We first met in 1992, shortly after I arrived in Burlington following my years in the Army. Chronologically he was in his early 70s, but physiologically he was years younger. Square-jawed, short and stocky with broad shoulders, and muscular, tattooed arms, I easily envisioned a once physically imposing, rakishly handsome, young man. For over 20 years, I listened to his “movie script” life punctuated by adventure, exotic travel, and unspeakable danger. As he reached his 90’s, his mind remained sharp, but his body was failing. Yet, the stories continued, and I became increasingly enamored with them. These were stories that needed to be heard lest they be forgotten. Each one created over a lifetime like a beautiful tapestry woven painstakingly, each stitch reflecting a moment in time. I admit I was initially dubious of his stories. They seemed too exciting, too adventurous, and too dangerous to be true. After all, he was just an “old man,” and what could he have done? I knew better than to default to that presumptuous position, so I kept asking questions. I wanted to hear and absorb his stories.

He had been a state champion Golden Glove boxer and a gymnast from the Bronx of New York City, later even becoming a circus acrobat. He held an array of jobs – skyscraper construction, bar bouncer, a traveling salesman, and, eventually, a successful businessman. It was his life in the Navy, though, of which movies are made and books written.

He was an original Navy frogman, the predecessors to the current Navy Seals. In the early morning darkness, hours before the bloody carnage that would be D-day, June 6, 1944, he led a team of frogmen ashore on the coast of France, their purpose – to “quietly and quickly” secure critical bridgeheads all closely guarded by the enemy.  They did so using only a knife. They could not take a chance of alerting others. He told the story in a matter-of-fact, this-was-what-I-was-trained-to-do way. There was no bragging, no regret. Yet as he spoke, he seemed distant, remembering …

How he loved to talk about the women he had known during those years! He claimed to have had a proverbial “girlfriend in every port.” This seemed too scripted to be true. Then I had an epiphany. Did he have any photographs of these women and, more importantly, of himself, that he would be willing to share with me? He immediately answered that he did, an entire album filled with pictures from his war days and of his “girlfriends”! That did it! I asked him to bring the album to his next visit.

He proudly carried in an old, leather-bound, dusty album. There he was in black and white– young, handsome, strong, the physique of a champion boxer, gymnast, and warrior, just as his stories had portrayed! In one picture, his arms were around his “Band of Brothers,” head cocked sideways, a mischievous grin on his face. With awe, I turned each page, his youth frozen in time. He took the album and opened it to the latter half, and there before me, appeared the women from his stories, beautiful in their youth yet slowly fading in those stills. Arms intertwined, faces smiling agelessly, a lifetime ahead of them. I counted over 30 pictures from around the world. The pictures cried out, “This is me! I was young once! I did many things, even great things! I have stories to tell; listen to me; I still matter!”

I closed the album, overwhelmed with emotion. Awe, respect, admiration. Humbled that he would share this with me. I felt ashamed that I had failed to “see” all my patients for who they once were – young, vibrant, an unknown future ahead, waiting to make their difference in the world. May the words, “This is me!”, resonate within you and allow you to see patients, not in the black and white of old, fading pictures, rather in “the living color” that was their life. Let us not forget that they were young once and have stories we need to hear. 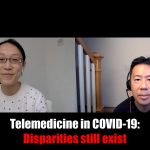