I found out I was pregnant the night before a chemistry exam. I had taken a break from stoichiometry to take a very different kind of test, one I bought from the nearest Walmart to avoid any indiscretion on the family Amazon account. After the second pink line appeared, clear as day, I got up off the bathroom floor and joined a friend to finish the last of our review. And then I called my mom.

Before I became pregnant, I never doubted that I would terminate an unwanted pregnancy. Now, at 21 years old, 6 weeks pregnant, nauseous and uncomfortable, and preparing to apply to medical school, I needed some time to think. In a stroke of immense privilege, a friend of a family friend was a gynecologist who performed options counseling and abortions in the area. I had an appointment with her in 7 days.

Reproductive rights are again at the forefront of my mind as I start my third-year OB/GYN rotation the same week the Senate votes on Amy Coney Barrett’s controversial nomination to the Supreme Court. Fertility doctors and patients have been particularly critical of her nomination, citing Barrett’s public support of an organization that promotes the idea that life begins at fertilization and that discarding unused embryos during the IVF process is a criminal act. When Barrett refused to answer whether criminalizing IVF would be unconstitutional during this week’s confirmation hearings, physicians and patients alike tweeted with the hashtag #ThanksIVF, sharing their experiences with the treatment. A group of physicians even published a letter in Fertility and Sterility, the first in the journal’s 70-year history, denouncing her nomination as jeopardizing women’s constitutional rights. Fertility advocates’ messaging is clear: IVF is not only non-partisan; it’s pro-family. Who could argue with that?

The philosophical premise of Roe v. Wade is that people have legal rights that a fertilized egg does not. It is this premise that protects the right to build a family via IVF and, by the same hand, to terminate a pregnancy. Yet it is IVF, not the right to abortion, that has garnered widespread social media support from the medical establishment. Yes, we must protect IVF and other fertility treatments. But these technologies, already accessible to so few and palatable to so many, are far less vulnerable than the right to abortion.

There may never be a #ThanksAbortion. For as long as there is stigma and shame around abortion, demanding that people share their experiences silences those for whom it is dangerous to speak openly about their choices. But perhaps, in light of widespread social media support for patients who have undergone IVF, I can advocate for my future patients by offering my story as a small act of resistance against the political machine that dehumanizes stories like ours.

I was 21 years old and 7 weeks pregnant when I had a surgical abortion. Two weeks after what would have been my due date, I was accepted into my top medical school. Everything I ever have and ever will accomplish is in part due to the doctors, nurses, administrators, and security officers who gave me safe, compassionate care. This was no fairytale ending; I wish I never had to make this choice, and I grieved for months for the path I did not choose. But I often think of the resident who held my hand in the procedure suite and told me I would make a fantastic doctor. And when I look at what she gave me — the freedom to pursue my medical education, the privilege to care for patients, the right to live my life how I choose — I hope I’ve made her proud.

Shira Fishbach is a medical student.

A terminal diagnosis for my baby [PODCAST] 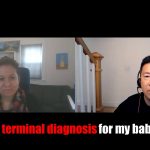 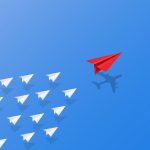