Have you ever watched a movie, television show, or read a book where the villain is a medical doctor? If you are a psychiatrist, you will be alarmed by how many times the villain in these stories turns out to be a psychiatrist. In all fairness, psychiatry has had its share of blunders. However, in recent years psychiatry has made a significant effort to enhance the use of evidence-based medicine and procedures. The diagnostic criteria for mental disorders continue to be revised and updated regularly. New medications and procedures are developing at an increasingly rapid rate. With all of the advances in the field, why does popular media continue to represent psychiatry as a barbaric field with poor patient outcomes and medications/treatments that do not work?

I recently sat down to try and watch the new Netflix original series Ratched. This is the prequel to the 1962 novel by Ken Kesey One Flew Over the Cuckoo’s Nest. This book and movie are considered by some to be the most damaging to the field of psychiatry ever. The traumatic depiction of electroconvulsive therapy in the movie had a major impact on the availability of ECT. Patients still cite this movie as a reason for refusing what could be a lifesaving treatment. I was shocked to see that not much has changed since 1975 in the depiction of psychiatry in film. 2020’s Ratched represented psychiatry in the same light. Early in the series, there are scenes involving hydrotherapy, a gruesome lobotomy, and the use of lysergic acid diethylamide (LSD), resulting in a grisly mutilation scene. I understand the Ratched is a period-specific show, but these are harmful associations that the general public and patients will make with the practice of psychiatry. Honestly, I was disgusted with the series and could not finish it.

There are many other examples of similar representations of psychiatry in film and popular media. These portrayals of psychiatrists could not be further from the truth. Psychiatrists are some of the most empathetic and caring physicians of any specialty. It’s literally our job to help people in their darkest moments. Television series like Ratched perpetuate stigma in the field of psychiatry. If we want patients to feel comfortable talking to us about sensitive topics and trusting psychiatric treatments, we need more accurate modern representations of psychiatric practice in film and television.

Go gentle into that good night

I'm your doctor. But for only this month. 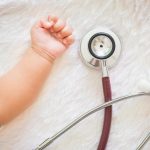