Given that October is National Dental Hygiene Month, today we’re going to take a look back at the history of dentistry, its separation from medicine, and the importance of bringing them together.

A 2006 article in Nature magazine describes the discovery of nine people in a 7,500 to 9,000-year-old graveyard in Pakistan with eleven drilled molar crowns.  It’s somewhat surprising that dentistry has evolved so separately from the rest of health care with these very ancient roots.

In the Middle Ages, barber-surgeons did tooth extractions in addition to other surgical procedures. As the barber-surgeons evolved into the surgical half of what became the practice of medicine, some physicians specialized in dentistry. In the 19th century, the first dentistry training programs were created. The Baltimore College of Dental Surgery, established in 1840, was the first dental school in the world, and Harvard established the first doctor of dentistry program in 1867. These programs laid the foundation for today’s divide between dentistry and medicine.

Unfortunately, in the 20th century, that divide was exacerbated by the move to health insurance that excluded dental benefits. As employer-based health insurance took hold during and following WWII, dental coverage was left behind. Dr. Max Schoen, a WWII veteran and dentist, firmly believed in making dental care universally available and was particularly focused on the importance of proper care for children.  In 1954, through a collaboration with the West Coast Longshoremen and Warehousemen’s Union, he created Delta Dental, the first and largest dental benefits company in the country.

Over the next 40 years, the gap between dentistry and the rest of health care continued to grow even as our understanding of oral diseases improved. In 2000, the first-ever Surgeon General’s Report on Oral Health in America was published.   This report began by acknowledging the dramatic strides in understanding, preventing, and treating the two most prevalent oral diseases, tooth decay, and periodontal disease. The realization that bacterial infection was the underlying problem, the recommendations for dental hygiene, a healthy diet, water fluoridation, sealants, and regular dental visits resulted in better oral health for those with knowledge and access to care.  Further, the report highlighted research that clearly showed an association and potentially a causal relationship between poor oral health and diabetes, cardiovascular disease, premature births, and low birth weight.  As the report described the various systemic illnesses that can present with oral manifestations, it concluded that oral health is integral to general health and that they should therefore not be interpreted as separate entities.  Finally, the surgeon general highlighted that poor dentition differentially impacts the most vulnerable elements of our society.

Poor dentition clearly leads to another problem – increase use of medical services. A 2010 CDC report found that non-traumatic dental problems account for 1.5 percent of all emergency department use or about two million visits annually. Simultaneously, a study in Oregon reaffirmed the Surgeon General’s report that this was a health care disparities issue, with poor young minorities disproportionately represented. Furthermore, the study found that health literacy was a big part of the problem, as many patients reported they were unaware that they might have dental coverage through Medicaid.

As we look for ways to overcome the divide between dentistry and medicine, federally qualified health centers (FQHCs) appear to be at the tip of the spear.  About 75 percent of FQHCs have dental services available on site. Our recent article noted that the Cambridge Health Alliance, an urban FQHC, established a program to train dental residents in primary care screening. This is a noteworthy step in building bridges between medicine and dentistry, but there is much more to be done to permanently fill this “cavity.” 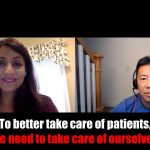 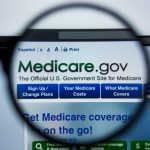 Filling the cavity between dentistry and medicine
1 comments