It was distressing to hear and read recent and ongoing disparaging comments about osteopathic medicine, attacking one of our own, from remarks by Rachel Maddow to tweets by Cher and a derogatory video, since removed, portraying a female DO by Figs Scrubs.

Navy Commander Dr. Sean Conley, DO, serves as the Physician to the President. This emergency medicine-trained combat veteran graduated from the Philadelphia College of Osteopathic Medicine and is well-qualified to serve in his current capacity.

One may question the president, or even statements made or withheld by his physician. Still, when someone challenges the validity of a legitimate medical degree, the entire house of medicine is under attack. It is essential to separate politics from the allegation that an osteopath, a term we do not use to classify ourselves, is not a real doctor. Or the assumption that another doctor should somehow lead the team rather than Dr. Conley, comments made by those with no medical background, training, or clear understanding of even the degree he holds.

Osteopathic medicine was founded nearly 150 years ago by an allopathic physician (e.g., medical doctor, MD) and is focused on evaluating the entire person in a holistic approach. In addition to the generally recognized medical school curriculum of anatomy, physiology, and biochemistry, among others, osteopathic students undergo additional training in manipulative medicine. This tool is used to prevent, diagnose, and treat illness or injury using joint and muscle techniques and may be used in place of, or supplementary to, the use of medications and other interventions.

More than 25 percent of all U.S. medical students are enrolled in osteopathic medical school. Like their allopathic counterparts, osteopathic medical students complete four years of medical school in nationally accredited institutions of higher learning. They then pursue post-graduate training (e.g., residency) in their selected specialty field. In fact, DOs and MDs practice side-by-side during and after this training, in every specialty, including the military. Osteopathic physicians are fully licensed to practice medicine and surgery in all fifty states and currently comprise more than 10% of the US physician workforce.

Aside from the prestigious position held by Dr. Conley, a few other notable DOs include Dr. Ronald Blanck, the 39th Surgeon General of the United States Army and only physician ever appointed to this position; Dr. Richard Scheuring, NASA’s Flight Surgeon; Dr. Barbara Ross-Lee, the first African-American woman to be named dean of a US medical school; Dr. James Weinstein, senior vice president for Microsoft Healthcare, former chief executive officer and president of the Dartmouth-Hitchcock Health System and a member of the National Academy of Medicine; and Dr. Kevin O’Connor, physician to former Vice President Joe Biden. Osteopathic physicians have served as leaders of national, state, and local medical societies, recognized in nearly all facets of the field, been interviewed, and even elected to state legislatures and the US Congress.

We, MDs and DOs alike, must stand together to inform the public, media, news outlets, and our patients around the country that side by side we have cared for them before, do so today on the front lines of the COVID-19 pandemic, and will continue to thereafter. We cannot, and should not, allow the ill-informed to disparage the medical profession. 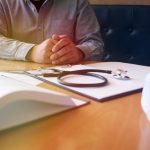 What are the limitations of COVID-19 testing?