Using a treatment without having any understanding of how it works is often thought of as unscientific, and suggesting that a placebo can help a sick patient has until now been viewed as unethical.

The New England Journal of Medicine just published an article about placebo (making you feel better) and nocebo (making you feel worse) effects, two of the most intriguing aspects of the supposedly scientific practice of medicine. These phenomena have long been seen as complicating pharmaceutical research. But today, we have a deeper understanding of how placebo and nocebo effects come about, down to the neural pathways. The fact that we understand the mechanisms better has made their use start to gain more legitimacy.

According to the article, placebo effects have been shown to be associated with the release of substances such as endogenous opioids, endocannabinoids, dopamine, oxytocin, and vasopressin. We even have some understanding of which substances mediate which type of response. For example, the placebo treatment of Parkinson’s disease raise dopamine levels, and “increased pain perception through verbal suggestion, a nocebo effect, has been shown to be mediated by the neuropeptide cholecystokinin.”

In my own clinical experience (40 years last summer) and writing, the understanding of the impact of exactly how a treatment option is presented is a recurring observation and theme. See, for example, “Negative Expectations,” “Patients are the Real Healers,” “Patient-Centered and Evidenced-Based Medicine – Can We Really Have Both?” and “Getting it Right.”

As the NEJM article points out, many double-blind clinical trials of medications for pain and psychiatric disorders show similar effectiveness of placebo and active substance. Another interesting statistic is that up to 19 percent of adults and 26 percent of elderly patients report side effects from placebos. The article, in linking placebo and nocebo effects to patients’ relationship with and trust in their physicians, suggests that a patient who stops a medication may not or not only be doing this because of perceived side effects but perhaps deep down due to mistrust in their physician.

As we present patients with treatment options, we need to give more thought to the risk-benefit of the traditionally all-important notion of informed consent.

I, for instance, have tended to present statistics in a counterproductive way. Instead of saying 5 percent of people get a particular side effect, the article hints that maybe we should say that 95 percent don’t get it while at the same time explaining the potential benefit of the treatment.

The article also suggests describing the severe or significant side effects of a medication can cause and then mentioning that other, milder side effects can occur, but because of the nocebo effect, the mere mention of these has been shown to increase the statistical probability that patients may have them. Giving the option of hearing all the non-critical reported side effects has been called “contextualized informed consent” and “authorized concealment.”

I can’t help reflecting on how focused we are in medicine on the subject matter and how little we speak about the delivery of subject information. The business world seems to talk more about how to sell something than how to produce it. I think as physicians or scientists, we look down on that, thinking that a cup of coffee is a cup of coffee, so why are all these people devoting their lives to how to sell that cup of coffee?

So we need to get off our high horses and take a look at how we present information about what we “sell” because what we try and hope to sell may have a greater impact on our “customers” future health than which brand of coffee they choose to drink. 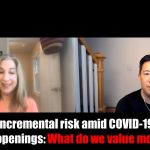 Why that wound won’t heal 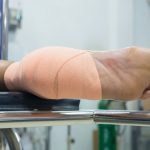 We need to give more thought to informed consent
2 comments