My small community ED has a fairly high acuity. As such, I was recently trying to transfer a couple of patients, one of whom was an NSTEMI, pain-free but with a rising troponin. In the process of trying to arrange things, I learned that our main regional referral center was holding a staggering 150 patients in their own ED, all waiting for inpatient beds.

I’ve spent the majority of my career in small hospitals. I have seen my own department become a de-facto observation center on more than one occasion. Further, I have spent countless hours on the phone arranging transfers, telling my story to the transfer-line nurse, then the specialist, then the intensivist or hospitalist. I have called multiple hospitals for my patients when, in the height of flu and pneumonia season, nobody had room to take a worrisome chest pain or any other patient with an illness or injury beyond our limited capacity.

Even though community hospital emergency medicine has many frustrations, I feel obliged to take this opportunity to recognize the heroic physicians, PAs, NPs, nurses, techs, secretaries, and others who day and night, staff the large referral centers of America. In the process, I will slip into the second person and say, “You people are awesome! Thank you!”

I have argued with my own nursing staff in the past because they felt that this or that patient should be transferred to the already overwhelmed teaching hospital because “They’re safer there. They can just go to the cath lab (or OR, etc.) if there’s a problem!”

To which I would say when an ED is already holding 150, and when the waiting room looks like a refugee camp, then it’s hard to assert that anybody is safe. And least safe of all, perhaps, is the sanity and well-being of the staff in such enormous, over-tasked facilities.

There is a general belief in medicine that large hospitals can just absorb anything that comes their way. That there is always one more bed, one more physician, one more nurse. Or perhaps more realistically, that there is always one more slot along the ED hallway where one more stretcher can be wedged and one more human being stockpiled. But there’s a limit to what we should expect from even our most dedicated professionals and enormous facilities.

I believe that the large centers of America do incredible work. I can hardly ever remember a receiving physician being unkind to me, or unwilling to make his or her best effort to help my patient in an hour of need.

However, those of us referring patients to large centers need to be realistic. And we should try, as much as we can, to show respect and mercy to the people working in those places.

Obviously, there are times when we have to send things: When the stroke, the STEMI, the sick child, or trauma has to go to “the big house.” But there are other times when we should just hold on to our patients. Odds are, they’ll get more attention in that small community ED than they will in a place with exhausted staff, where patients are already stacked like firewood.

I’ll keep the stable patient until morning when beds open up. I’ve done this when my own physicians were too nervous to admit the patient locally. I don’t mind, and I’d rather do that for the well-being of both my patient and my colleagues down the road.

I sometimes wonder what will happen when a major metropolitan area, or rural area, has a genuine disaster. What if there were a massive terrorist attack with a weapon of mass destruction, an earthquake along the New Madrid fault, a solar flare with the death of all our electronics?

What will we do when my little hospital has no place to send the sickest of the sick, and when the incredible staff members at our teaching and trauma centers are either exhausted or victims themselves? I shudder to think.

All of this is made far more difficult by the constant closure of small community and rural hospitals or the depletion of resources and specialties from them. Often large centers that purchase the small ones want the procedures sent to the flagship hospitals. That’s great until the flagship hospital is out of the game.

The bottom line is this: We can’t keep expecting our colleagues in big centers just to absorb everything. It’s unfair, unsafe, and logistically unmanageable. Before things get worse, we need to figure out how to use our metropolitan referral centers more carefully. We should also encourage consultants and admitting docs at smaller hospitals to keep what they can rather than look for any possible reason for transfer.

A silent cry from the woman in the elevator 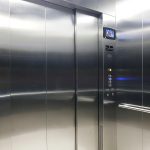 In the age of misinformation, here's how physicians can help [PODCAST]