National Physician Suicide Awareness Day was September 17, 2020.  Honestly, I hate that this day needs to exist.  Prior to COVID, physicians had the highest suicide rate of any profession, and we clearly needed to be having conversations about how we improve care for physicians.  Since COVID, the stress placed on physicians has increased exponentially.  In hotspots, we’ve felt overwhelmed and demoralized.  In the downtime, we’ve had to worry about financial pressures from increased PPE costs and decreased volumes.  No matter who you are, you’ve had to deal with constantly changing information and increasingly polarizing political climate surrounding COVID information.  All of these factors, in addition to the high-profile suicide of Dr. Lorna Breen, has pushed the conversations about physician suicide to the forefront.  While there is still a lot of room for improvement in what we know and what we do to try to prevent physician suicide, there are multiple areas of recent change that make me hopeful for the future.

In the way of background, Medscape publishes yearly physician burnout and suicide surveys.  Pre-COVID, the number of physicians reporting feeling suicidal had increased.  The 2019 survey noted 14% of respondents had thoughts of suicide but no attempt, 1% had attempted, and 6% preferred not to answer.  In the 2020 report, the data is broken out by gender and generation.  22% women and 23% of men indicate thoughts of suicide without an attempt, 2% women and 1% of men indicate a past attempt, and 9% of both genders prefer not to answer.  The total “No” answer decreased from 80% to 67% in both genders.  In other words, at least a quarter of your physician colleagues have thought of suicide or attempted at some point.

And this data is pre-COVID.  I don’t think we have any idea yet how the stressors COVID brings have changed the equation.  But, for all the bad news, there are signs of a shift related to how we think of physician suicide and mental health.  For example, while the initial reaction to an increase in physicians reporting suicidal thoughts is only bad, there is a possibility is that this is actually a positive sign that more physicians are willing to admit to the struggles that have always been there.  Personally, I have seen that the more I have talked about mental health issues, the more I see other people speaking up in public ways.

It’s the secrecy that has been one of our biggest enemies, and while it feels glacial in time-scale, I can definitively tell we’re in a different position than we were even two years ago.  Sadly, physicians who die by suicide are less likely than the general public to have had any treatment prior to their deaths, and we suffer in silence.  In the 2019 Medscape survey of physicians, 50% reported they didn’t seek help because their symptoms “were not severe enough,” and 47% reported they “can deal with this without a professional.”

Additionally, 20% of physicians reported they avoided treatment because they “didn’t want to risk disclosure.”  Personally, this is the area I’ve spent the most time focusing on.  As an internist who has taken care of physicians as patients as well as had physician colleagues with mental health and addiction issues, I have felt compelled to do what I can to try to help.  I currently practice in South Dakota and heard time and again that the worry about reporting and its impact on licensure was a barrier to accepting any treatment for mental health issues.  However, after a two-year process, the disclosures were changed!  Physicians here no longer have to report all mental health diagnoses or treatment.  Rather, they only need to inform if they have currently impairing issues that are not being treated.  As I talk to colleagues in other states, they’re working on similar changes.  The fact that state licensing boards are listening is fantastic.  The fact that physicians are willing to speak up and demand this change is ground-breaking.

I don’t know what the numbers regarding physician suicide will look like next year.  What I do know is that we need to use Physician Suicide Awareness Day to bring attention to this important public health crisis.  2020 has brought new challenges and struggles for all of us.  However, I also see glimmers of hope in the way barriers to treatment are being addressed, and physicians are breaking their silence and supporting each other.

If you are struggling, please reach out to your own physician or therapist, the national hotline (1-800-273-8255), or the physician support line (1-888-409-0141).  If you think someone you know may be struggling, it is OK to ask them if they’re OK and provide a listening ear.  The more we support each other, the more progress we’ll make in reducing the stigma of mental health and suicide.

Clarissa Barnes is an internal medicine physician and can be reached at Dr. Clarissa Explains Healthcare. 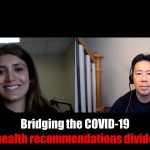 10 challenges faced by those with chronic pain and illness 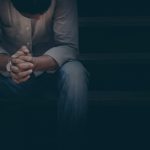